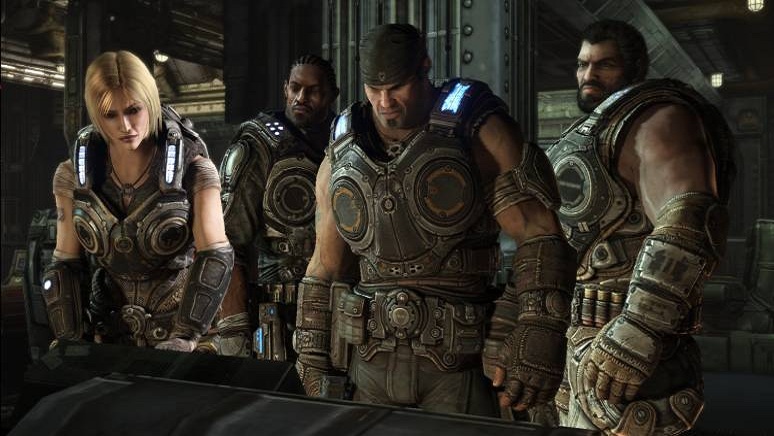 Today is the day Gearheads everywhere have been waiting for. The third major piece of DLC for Gears of War 3, aptly titled the Fenix Rising Map Pack, has been released on XBOX Live. In total, five new multiplayer maps are included in the package, but this is more than just a map pack. A fresh batch of achievements, four new character skins, and a prestige-like ability to show off your skills all come included in the DLC. Read on for the details.

The five new maps all tie into protagonist Marcus Fenix’s past in one way or another, and each offers an exciting new angle on the classic Gears combat formula. For a detailed breakdown of the maps, and how each location played a role in the life of Marcus Fenix, click here for the official press release from Epic Games.

As mentioned before, the Fenix Rising Map Pack comes loaded with new achievements, seven in all, for a total of 250 gamer points. Not bad, right? Here’s a list of what you can earn, and how to earn them.

Most interesting of all (to me at least) is the inclusion of a feature Epic is calling the “Re-Up.” If a player reaches the level 100 cap, they will now have the option to have their experience and rank reset, while keeping their trueskill score and all the other rewards that come with level progression. Players can “re-up” a total of three times, each time earning specially colored wings. Re-upping appears to be very similar to the “prestige” system in Call of Duty, and I have to wonder if Epic Games is feeling pressure to match features with the competing franchise from Activision. Or maybe just enjoy giving their customers cool new stuff. Either / or.