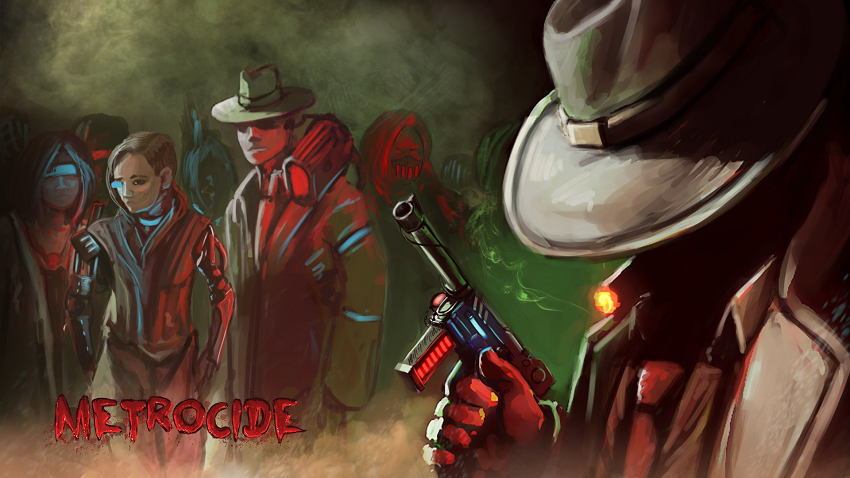 Get excited for this news announcement – Flat Earth Games have revealed today a new video walkthrough for their upcoming top-down, arcade stealth shooter Metrocide. Pricing for the game has also been announced.

In the video walkthrough, the game’s creators Leigh and Rohan Harris discuss the core gameplay featured in the cyberpunk stealth shooter. Playing as TJ Trench, players have the overarching goal of earning enough money to get out of Metro City one zone at a time. Money is earned by successfully completing contract kills. Whilst this may sound easy, the challenge lies in completing these kills stealthily, without being seen or caught. If you kill a target and their body is found or a witness reports your activities, new cop drones called in to patrol the area can never be removed. Add to this the fact that death in Metrocide is permanent and you have a game that seems simple in theory but in practice is anything but.

Metrocide will be available on Steam Early Access in mid-October for USD $6.99, and will have a full launch in late 2014 for USD $12.99. The game is set to release on both PC and Mac. Take a look at the video walkthrough below, and check out the game’s official website and steam page for more information.