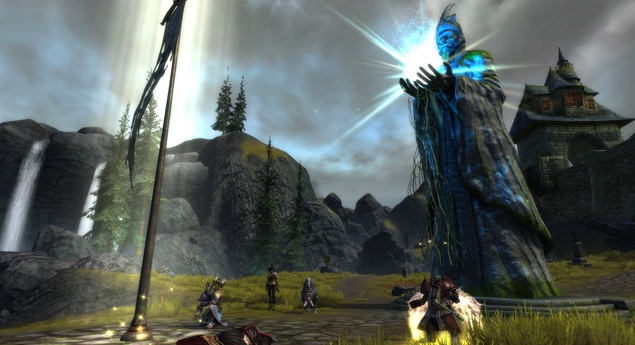 Trion Worlds have announced their fifth major update for their MMORPG Rift, and the update appears to add a heck of a lot of new content. Rift players can look forward to post level 50 advancement, a new Warfront, a dungeon for master adventures and even the ability to tackle endgame instances with a friend. For the full list of new features, check below.

Planar Attunement – Advance beyond level 50. Every quest completed and planespawn slain brings you closer to your next elemental upgrade

Chronicles – Teams of two players (or one, if you’ve got the gear) can take on RIFT Chronicles, exploring breathtaking dungeons – including Greenscale’s Blight, Hammerknell, and more – in fun, story-driven adventure

Veteran Rewards – Subscribers earn rewards the longer they play Rift, including special gear, a personal vendor, and a portable mailbox.