South Park: The Stick of Truth isn’t the only long delayed game finally getting released in the near future.  Thief, the awaited franchise reboot from Square Enix and Eidos Montreal, will be hitting store shelves at the end of this month.  To remind everyone what exactly the game is all about, a new trailer has been released which details pretty much everything you’d want to know about Thief before its release.  Read on to see it for yourself.

Everything you’f want to know… except how good it is, anyway.  You might recall that Thief wasn’t always a reboot of the franchise.  It was announced all the way back in 2009, and initially went by the name of Thief 4.  Development on the game went through many revisions and false starts, and for awhile it seemed like Thief 4 might never see the light of day.  The game emerged from development limbo early last year with a splashy cover story in (where else?) Game Informer, looking much closer to completion, and sporting a shortened name.  But the new Thief still has to win over fans who might be wary of a 4 year development cycle.  To that end, publisher Square Enix has released a trailer that attempts to answer any and all questions you might have about the game.  The video covers everything from the game’s setting, to the key players in its story, to the myriad of weapons and attacks at your disposal.  Check it out below.

No, that wasn’t a trailer for Dishonored you just watched, but I totally understand your confusion. The gameplay on display in Thief looked very reminiscent of the acclaimed stealth title from Arkane Studios.  But I suppose that’s understandable, since the gameplay of Dishonored was no doubt inspired by earlier Thief games. The franchise has been around since the late nineties, after all.  What bothers me more are the game’s uneven graphics.  It’s no secret that Thief was originally destined for current gen consoles, and its move to PS4 and Xbox One came relatively late in the development cycle. We’ll have to wait and see how much difference there is between current and next gen versions of the game.

At least we won’t have long to wait. Thief will be released for PC, PS3, PS4, Xbox 360 and Xbox One this February 25th in North America, the 27th in Australia and the 28th in Europe. 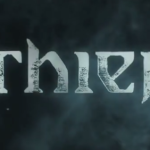 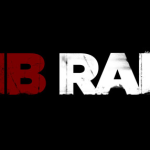 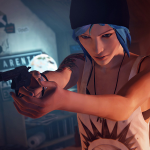