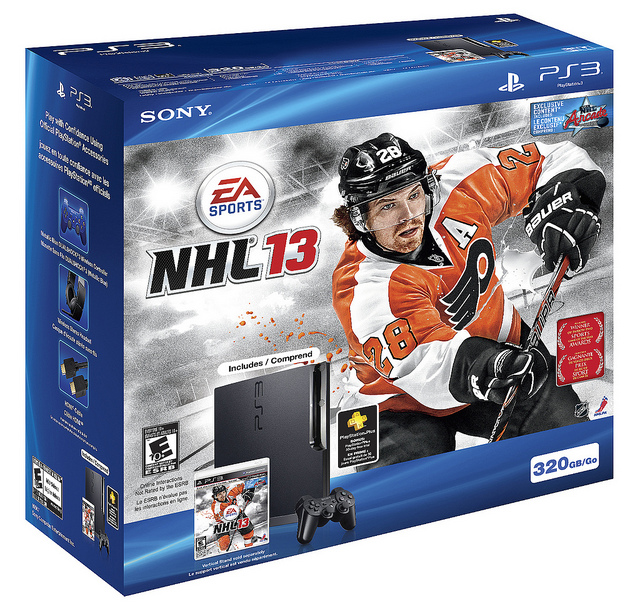 Nothing says big time in the gaming biz like a console bundle.  You know you’ve reached the top echelons of popularity when the publishers think that people are so desperate to get their hands on your game, they’ll buy a console just to play it.  Next week, NHL13 will join the bundle club with a special edition PS3… in Canada.  Read on for the details.

Announced on the official Playstation blog, the special NHL13 PS3 bundle will be released this coming Tuesday, September 11, alongside the game itself.  The package will retail for $299.99, but besides a free month’s trial of Playstation Plus, there aren’t any other goodies to speak of.  So really, it’s one of those buy the console, get the game for free situations.  It looks like a pretty sweet game, though.  And if the labor talks between NHL owners and players continue at their current less-than-productive pace, your gaming console might be the only place to find NHL hockey this year.  Bummer.

Speaking of bummers, as I mentioned earlier, this bundle will only be available in Canada.  If you currently reside in Canada, you’re in luck!  I mean, you’re already lucky.  What with your universal healthcare, low crime rates, and Jewel Staite.  But now, with the NHL13 PS3 bundle, you’re even luckier.  If you don’t live in Canada, you could always go there and get one.  Or ask a Canadian to buy one and ship it to you.  It’s worth a shot.  They’re very accomodating people.  Which is why I’m a little insulted that EA didn’t make this bundle a little more special.  They couldn’t have sprung for a…. ohhhh, I don’t know… a Claude Giroux bobblehead? 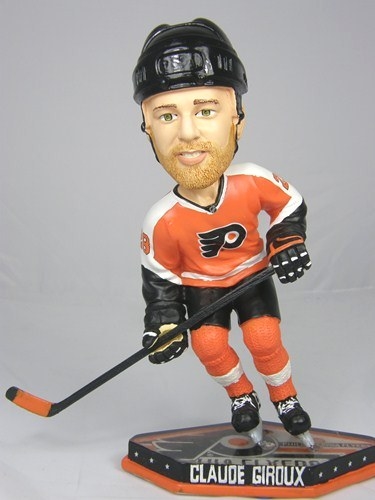