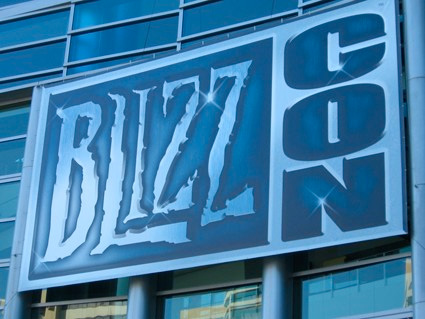 If you were planning on dressing up like a sexy Blood Elf and basking in the glow of full Blizzard level nerd immersion this year, alas, Blizzard is planning to skip the party in 2012.

According to Blizzard, the 2012 BlizzCon won’t be happening, but they plan to be back for 2013.  Citing their “jam packed schedule” as the main reason, one can understand since Diablo III, Starcraft II: Heart of the swarm, a new MMO called Titan, and the newest expansion for World of Warcraft, Mists of Pandaria (my God they keep coming!) are all the table for the busy company in upcoming months.

Talk about a lot on your plate!  All work and no play makes….lots of money I guess.

Blizzard hasn’t released any more detail about it but we’ll keep you up to date.  In the meanwhile, you can use the time to level your WoW character to the cap.