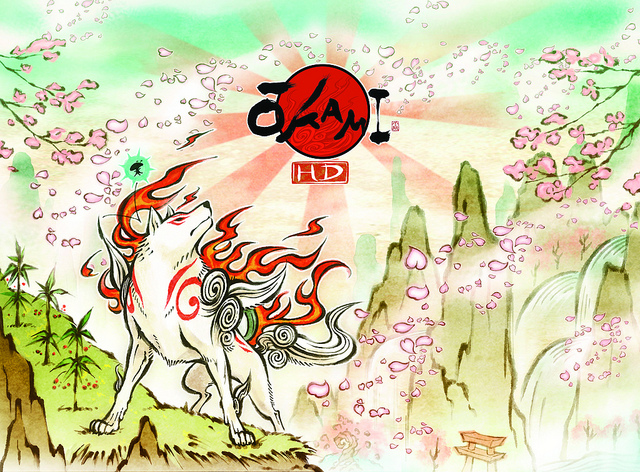 Get excited. Hey, not that excited, guy in the back in the blue hoodie. Capcom have announced that their critically acclaimed Playstation 2 game, Okami, will be re-released in HD on the Playstation 3. Okami HD will be released as a digital download via the PS Store, and will set you back $19.99.

Initially released in 2006 (or 2007 for you European and Aussie gamers), the original Okami was set in Classical Japan and was lauded by critics for its unique cell-shaded visual style and absolutely beautiful watercolour-ish Celestial Brush paint mechanic which allowed gamers to affect combat, puzzles and general gameplay.

Grounded in Japanese mythology and folklore, Okami saw players control Amaterasu, the goddess of the sun, in the form of a stylized white wolf who must fight an evil demon to bring beauty back to a cursed land.

Capcom have confirmed that Okami HD will be compatible with Playstation Move controllers – enabling gamers to perform artistic strokes with the Move as they utilise the game’s Celestial Brush mechanic. Dualshock only players shouldn’t fear, however, as these controllers will also be fully supported.

The game is reported to have a fall release date, and will also include trophy support. Check out the breathtaking reveal trailer below.