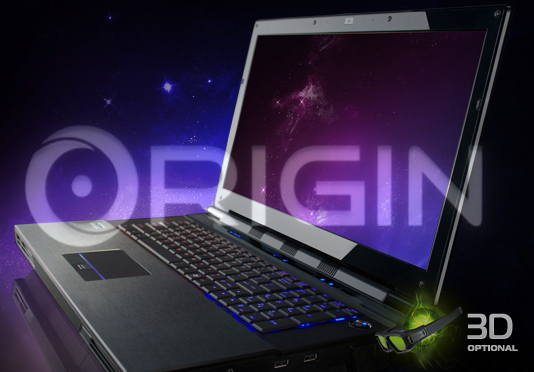 Okay that might be a bit of an exaggeration, but perhaps not by much.  Origin has announced  that they’re releasing the first gaming laptop to support 3D and dual graphics cards.  Overachievers…

*…Okay I added that.