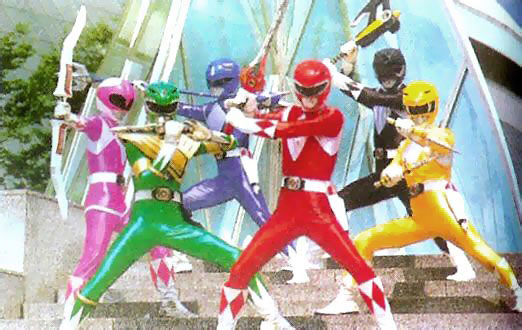 Go go Power Rangers! That’s right – the 90s television staple is getting its own MMO. But don’t break out those Zord action figures just yet – as the MMO is slated for release in Korea only at this point in time. All we know about it right now is that it will be developed by IRONNOS and published by Ntreev Soft, and it will take the format of a side-scrolling action MMO.

A closed beta is apparently on the horizon, with a release happening later this year. It will be interesting to see what subject matter the game covers, but I think the real question is – will they explain why the pink power ranger has a skirt and the yellow one didn’t? They were both girls!

Aren’t you all glad you know that now? If that’s ever a question on Who Wants to Be A Millionaire and you win big, I want a share of the prizemoney.