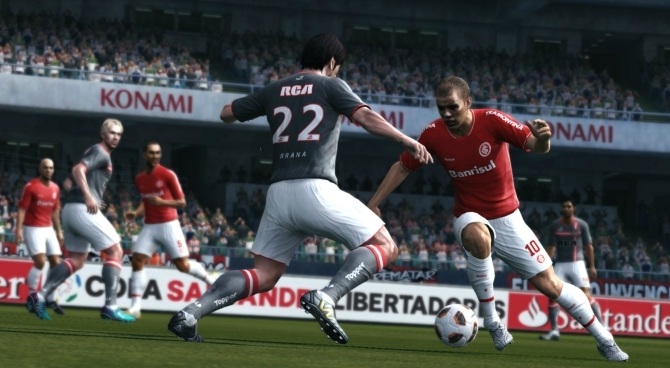 Konami have released a revised version of their PES2012 demo, incorporating new changes made based on feedback from players who played through the first demo. The new demo lets players step into the shoes of teams Tottenham Hotspur, Inter Milan, Rangers, Club America, Bayern Munich and Internacional. Improvements were made to goal keepers and defensive AI, and Konami have also made it more difficult to score a goal.

The demo includes a full 10-minute match and also includes a Challenge Training Mode. It’s available for the PS3, Xbox360 and PC.