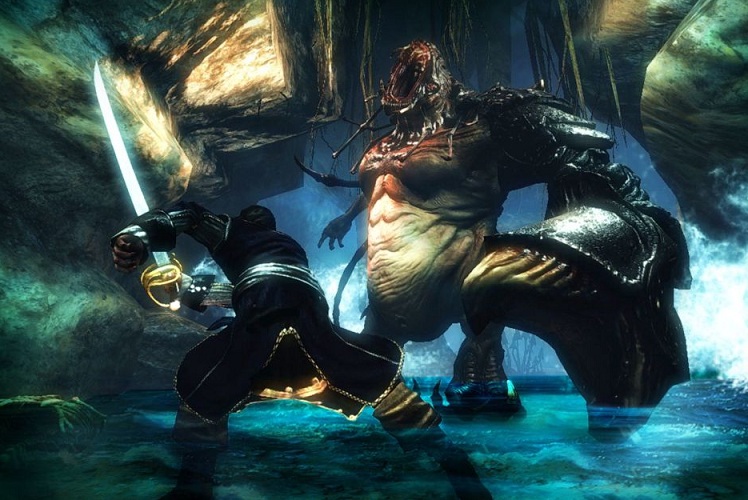 Risen fans, get those calendars out to circle, because Deep Silver have announced the release dates for their upcoming title in the series: Risen 2: Dark Waters. For PC players, that all important date is April 27, and for PS3 and Xbox360 owners in the US and Canada, the date is May 22. European PS3 and Xbox360 owners will receive the game a few days later on May 25. And yes, that is a whole month between releases for PC and console.

A whole month. But that’s OK, console players – you can totally read the strategy guide for the game whilst you wait to play it! Or failing that, read up on the backstory behind the game. Here’s the official blurb from the game’s official website to get you started.

Many horrible years have passed since the Gods abandoned the world and the titans rose from the confines of their prisons. They devastated everything in their path with unstoppable force.

However, there is a place on the southern tip of the Old Empire which still seems safe from the clutches of the Titans – the “Crystal Fortress” in Caldera. It is the headquarters of the Inquisition and a place of refuge for the people. It is repeatedly attacked by sea monsters, and supply ships are sunk en route. Nobody knows how long the walls will hold; food and weapons are gradually running out.

The nameless hero, devastated by the developments on Faranga, now drowns his sorrows in rum in the harbour town Caldera. As the situation grows more and more dire due to the shortage of food, he sets out on a mission to put an end to the sea monsters once and for all.

During his adventurous journey he not only faces new and immense challenges, he also meets old acquaintances who help him on his quest.

So…pirates. This game has promise. Add to the fact that it has a character named Patty Steelbeard who is described as being ‘rough and sassy’ and you have a game that I’ll at least be keeping my eyes on.