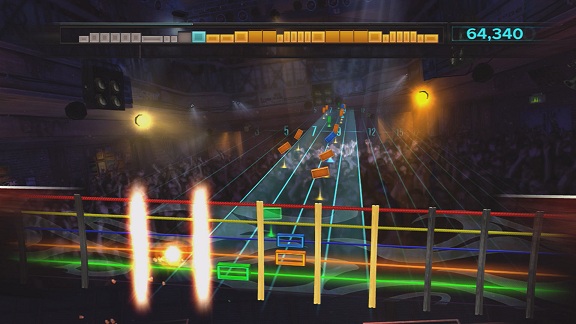 For all you budding guitarists out there, and for those who’ve wanted to learn how to play guitar, Ubisoft have released a game which is just perfect for you. Rocksmith is an innovative way to learn how to play the guitar – which allows you to plug any real electric guitar or bass into your Xbox360 or PS3 console. That’s right – no fiddly plastic controllers here – Rocksmith lets you jam on real guitars.

The method of learning employed by Rocksmith adapts to the players ability, meaning players are able to progress at their own pace, and can even jam with a friend simultaneously in local multiplayer. The Aussie version of the game will include the original game already available in North America as well as extra content, including the bass guitar mode.

Players will be able to learn guitar whilst they play over 50 songs, with the following but a sample of the tracks included in Rocksmith:

DLC will also be available at the game’s release, including the following packs:

More DLC packs are planned, which will add more songs to the tracklist. So if you’re a budding guitarist looking for a unique way to learn, you might want to check out Rocksmith. For those of you wanting to see the game in action, check out the trailer below.