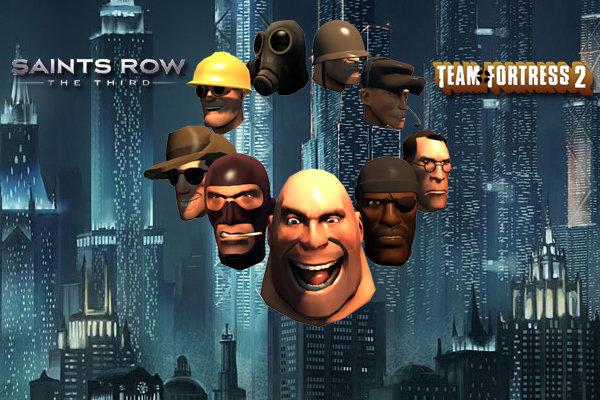 When Volition studios released Saints Row: The Third last November, they promised to follow up the launch with an unprecedented amount of downloadable content. So far, I think they’ve done a pretty good job of living up to that promise. The latest round of DLC, however, is a bit… well, limited. Read on for the details.

As announced on their website, players with the Steam version of the game will be receiving a special treat this Thursday. Billed as “the final chapter” of cross promotional material between Volition and Valve, nine oversized novelty masks will be made available in-game, each one represeting a class from Valve’s iconic Team Fortress 2. The masks will be added to the game through a compatibility patch, which means you don’t have to do anything to get them… other than owning the Steam version of Saints Row: The Third, of course. Sadly, folks like me who have the console version of the game are out of luck. It’s too bad, since a Spy mask would have gone beautifully with the bright red tutu my character has been running around in lately. Oh well.