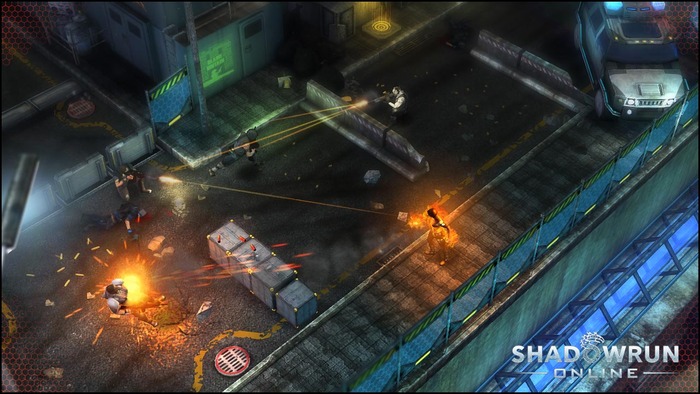 Cliffhanger Productions’ kickstarter campaign for Shadowrun Online is into its 7 day homestretch, and what better way to mark the final week of the campaign than providing a mass amount of info on the title.

On August 8th at 3pm EST on reddit.com, Cliffhanger productions will be holding an AMA which will provide a veritable tidal wave of information on the game. To tide you over until then, two new videos presented by actor Jeff Ricketts have been released, each providing gamers with information focusing on the preparation missions dubbed ‘legwork’ in addition to exploring the game’s multi-layered world view concept.

This new world view concept, with its world view layers will enable players to experience and perceive the game’s environment, NPC’s and enemies in a unique way as they receive information from the game’s interface based on their character skills and abilities. In essence, this contextual gameplay will enable players of different classes to interact differently with their individual world layers. Street Samurai’s may be able to see armor weaknesses in an enemy, or perceive cover benefits of various objects in the world, whilst Mages would see something completely different – they would sense magical abilities of both enemies and objects through walls. Speaking on the advantages of combining worldviews between players, Jan Wagner, the Co-founder of Cliffhanger Productions, stated:

“By combining these world views members of a team can support eachother’s tactical decisions while players can experience the world and its challenges from very different perspectives – a game concept our team is quite excited about.”