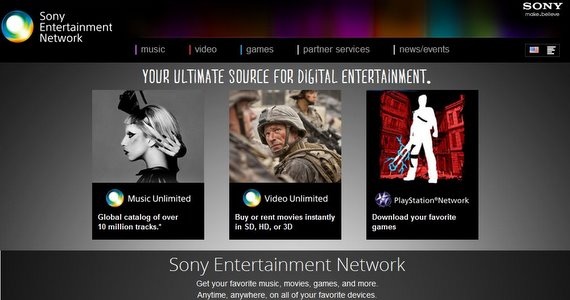 Sony has announced that they will be combining the Playstation Network with their rebranded music and video services to create the Sony Enterntainment Network. According to Sony, the new service will be accessible via a variety of products, from android phones, Bravia tv’s, PS3, PSP’s and PC’s. The original services themselves will remain largely unchanged and will offer the same sort of content as before.

According to Kazuo Hirai:

“Through ‘Sony Entertainment Network,’ we can provide everything that Sony customers value – and want – in a convenient, comprehensive manner that is uniquely Sony in its presentation and delivery.”