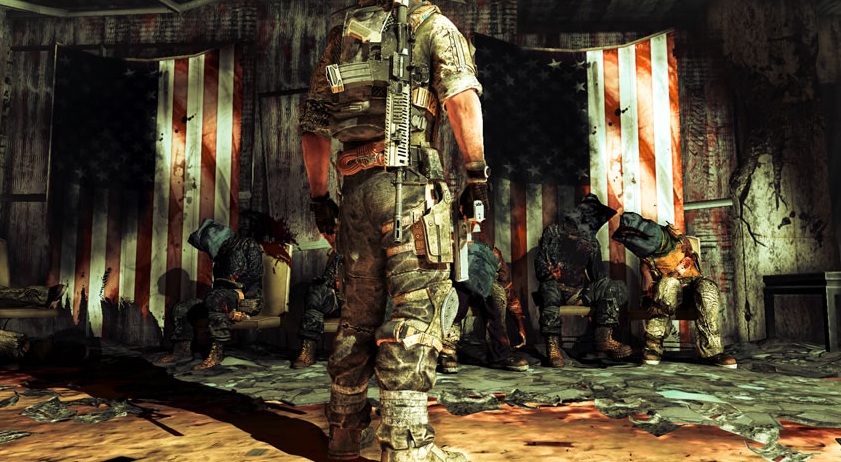 A new trailer has recently been released for 2K Games’ upcoming third person shooter, ‘Spec Ops: The Line.’ Whilst we haven’t heard much about the title, we are nevertheless very intrigued by its premise: Dubai has been ravaged by cataclysmic sandstorms, the once opulent city buried by the desert. Whilst most were able to flee the city, some still remain, and charged with protecting them from the outlaws and criminals is U.S Army Colonel John Konrad and his 33rd Infantry. Cut off from the rest of the world, Konrad and his team were believed to be dead, but a weak distress signal from the area leads to Captain Walker (the player) and their squad of Delta Operatives being sent into the region to look for survivors. The trailer doesn’t provide much in the way of gameplay shots, but it does set up the premise in an interesting way. Check it out below.