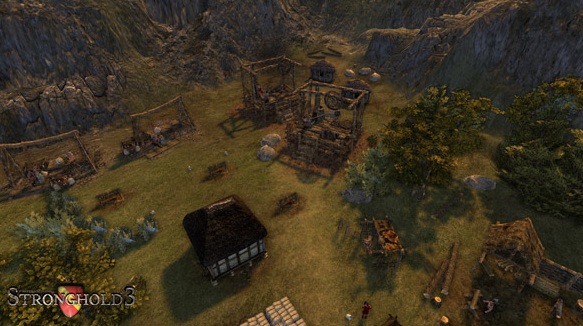 I’m a big fan of the Stronghold series – I remember playing the first one way back when it released 10 years ago – so I’m very excited to hear that Stronghold 3 will be releasing on October 25. It will be available to purchase through retailers, as well as online, and if you act fast and pre-order the game through Steam, those lovely nice people will throw in the first Stronghold game for free.

Stronghold 3 has been a long time in the making, a fact which Simon Bradbury, lead designer of Firefly Studios, is well aware of. In a recently released statement, he thanked fans for their patience and promised the wait was definitely worthwhile:

Firstly we want to thank fans for waiting patiently for Stronghold 3, it’s been a long time coming but we wanted to make sure we created something really special. This is the ‘ultimate Stronghold’, featuring the best bits from previous titles and some fantastic new elements – like night time sieges and a cutting edge graphics engine.

I, for one, am really looking forward to this game, especially for the soundtrack, which I always found to be the perfect accompanyment to the game itself. I used a lot of the songs from Stronghold Legends as background music to my medieval themed 24th Birthday Party, and I still remember how fantastic those songs sounded.