Well, this was unexpected. It was pretty much guaranteed that Bioware would eventually release single player DLC for Dragon Age Inquisition. But usually, there’s a bit of a buildup. First come the rumors, then the teases, then the trailer, then finally, the DLC itself. This time, Bioware decided to skip all that and is releasing a brand new expansion tomorrow. Read on for the details.

The announcement was made earlier today on the official Dragon Age twitter feed, along with the image below.

For Xbox One and PC.

Yeah… so there’s some bad news to go along with the good. Jaws of Hakkon will undoubtedly be coming to Xbox 360, PS3 and PS4 eventually, but for now, the expansion will only be available on Xbox One and PC. Platform exclusivity agreements are so awesome, aren’t they? It’s so much fun to play a game, and not be able to discuss it with a friend who has the misfortune of owning a competing game console whose manufacturer failed to properly compensate the game’s publisher for the rights to release the game on their platform first.

Anywho, not much is known about Jaws of Hakkon yet, other than the fact that it appears to have trees, rocks and fog. Oh, and one tree has some sort of platform built into it. Let’s hope the DLC doesn’t place on Endor. We’ll find out more tomorrow.

To top off today’s Dragon Age news, Bioware has also released a new patch for the game. This 6th patch features a number of single player bug fixes, along with a few for multiplayer as well. Check out the full patch notes below.

– [PC] Fixed issue that caused abilities to not be usable in tactical mode when using mouse look toggle.

– [PC] Fixed issue that caused mouse look toggle to turn off during looting.

– [PC] Fixed issue that prevented resurrecting characters who had died in deep water.

– [PC] Fixed issue that could cause the journal to act in unexpected ways when expanding categories with the mouse.

– Changed Solas’s quest “What Lies Dormant” to trigger when reading the after-action report for “Measure Veil Strength” instead of when the time completes.

– Fixed issue that could break the “Perseverance” quest in certain circumstances.

– Fixed case where the GUI did not come back after opting out of light conversations in certain circumstances.

– Adjusted position of mosaic pieces for “The Fall” so they can all be collected.

– Fixed issue that caused some dragonlings in the Hinterlands to become non-hostile when the dragon was killed.

– Fixed issue that caused the cave opened by the Abyssal High Dragon to become closed again in certain circumstances.

– Buffed the Katari multiplayer kit slightly so that it has more HP and generates guard on hit.

– Fixed issue where Shatter and Rupture combos would be reported twice in multiplayer session stats.

– Made change to prevent players from salvaging items that are equipped by other character kits in multiplayer. 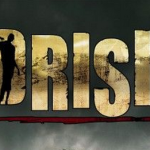 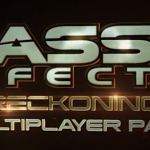 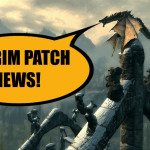 This Week in Skyrim Patch News: PC Only Edition