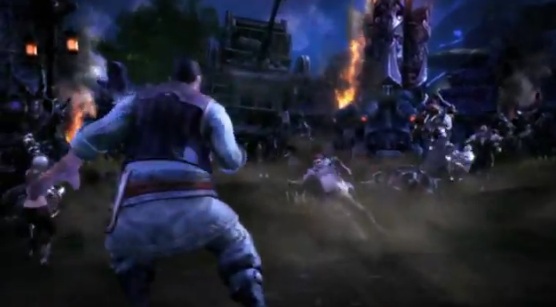 A new trailer for the upcoming MMO TERA has been released. The game tells the story of seven races of mortals who have joined forces to fight an underworld collective called Argons. To check out the trailer, and learn a little more about the game, keep reading.

TERA is the first true Action MMORPG, providing all of the depth of an MMO with the intensity and gratification of an action game. Players fully control their characters using the game’s dynamic battle system. Player actions can change the balance of power in a world threatened by dark powers as seven allied races try to work together to protect their lands from marauding monsters, underworld dwellers, and evil scheming gods.

Set in a breathtaking world conjured by two dreaming primal gods, your explorations will take you over rugged mountains, across searing deserts, and through hazardous jungles. Take your place as a soldier for the Valkyon Federation and fight alongside other races to forge a new future while healing the mistakes of the past.

There’s no time for factions in TERA—all seven races and eight classes must cooperate to wrench destiny from the gods themselves! Arm yourself, gather your allies, and take control of your fate. Fighting prowess, guild rankings, and social dynamics come together as you find yourself vying for political control of the world itself in TERA‘s unique endgame.

And the new trailer

Whilst already available in South Korea, TERA is currently being localised for North America and Europe. Look for it in 2012.