The Crysis 3 Beta is Live! 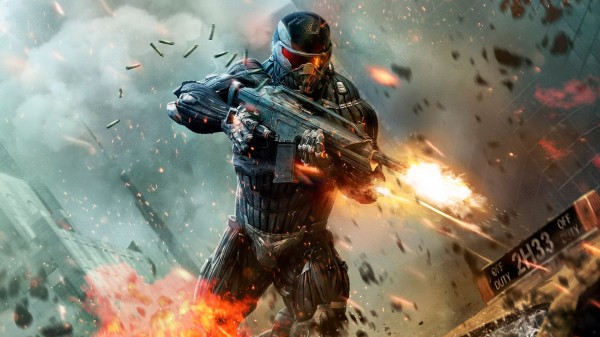 It’s time to stop drooling over the compound bow, and start dropping punks with it yourself.  The Crysis 3 beta is now live, and to celebrate, Crytek has released a brand new multiplayer trailer.  Read on for all the details.

The Crysis 3 beta is up and running on PC, PS3, and Xbox360 as you read this, and it features all the elements you’d expect from a multiplayer beta.  Matchmaking for 12 players on consoles and 16 on PC is fully supported, and players will be able to customize their weaponry and nanosuits while they rank up to a maximum level of 10.  Of the full game’s 8 game modes, 2 will be available in the beta.  These two modes will be played on 2 of the retail version’s 12 maps.  I’ll fill you in on the details of those modes and maps after we take a moment to soak up the glorious carnage of this shiny new trailer.

In the beta, you’ll be playing Hunter and Crash Site.  Hunter is Crytek’s take on the classic “zombies” gametype, and involves two players at the start of the match being randomly chosen as permanently cloaked Hunters.  Every time a Hunter makes a kill, the fallen player becomes a Hunter.  This goes on until either all the players have become Hunters, or time expires.  The other mode, Crash Site, adds some delicious Crysis flavor to the King of the Hill casserole.  At the start of each Crash Site match, an alien drop ship will deploy a pod at a randomly assigned point on the map.  Teams then compete for control of the pod, with the aid of mobile shields and a Pinger mech.

The two maps included in the beta show off the various strengths of the Crysis 3 engine.  Museum, which is set in and around (you guessed it) a museum, is a showcase for the vertical combat that Crysis is known for.  The second map is called Airport, and is apparently set inside an Apple wifi hub.  Or maybe it’s set in an actual airport.  That would make more sense.

The Crysis 3 beta will be active until February 12th, with the full version of the game releasing one week later, on February 19th.