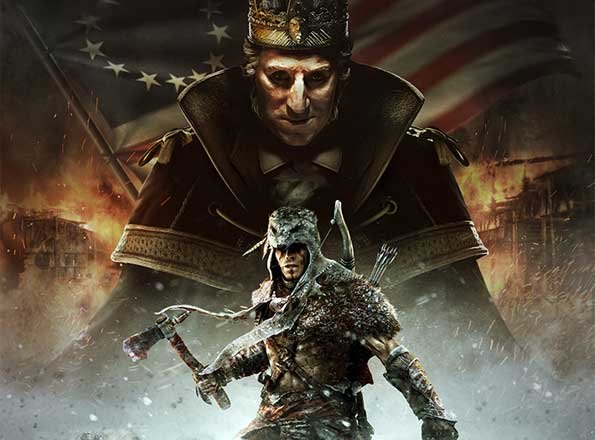 Ubisoft just announced a new three-part content pack for Assassin’s Creed 3, The Tyranny of King Washington, which explores an alternate history in which America became a monarchy.

It’s 1783 and the American Revolution is over, our hero, Ratonhnhaké:ton, awakens from an unsettling dream to find that despite his efforts to deliver justice in the newly-founded United States of America, a new king has been crowned – George Washington. Blinded by a thirst for unlimited power, Ratonhnhaké:ton must dethrone the tyrant and return freedom to the land.

The Tyranny of King Washington: The Infamy will be released on Xbox Live and PC platform on Feb. 19, and on the PlayStation Store on Feb. 20.

The second and third parts of the DLC will be released at an unspecified date following the release of The Infamy.