The Last of Us gets a Dark Horse comic series 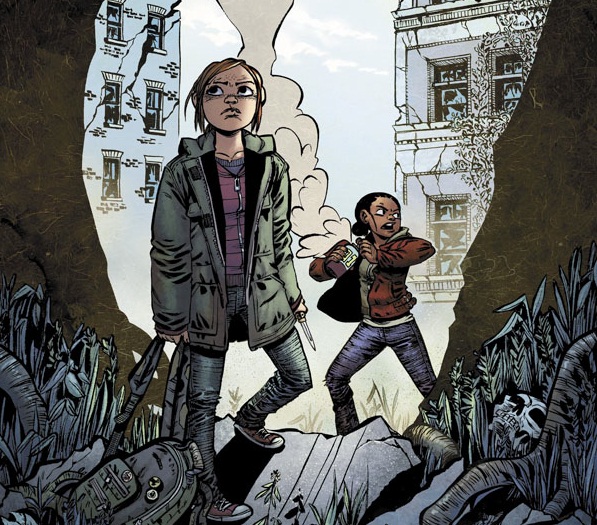 Dark Horse comics has more news about video games comics.  The latest of which is that the highly anticipated The Last of Us from Naughty Dog is getting it’s own series.

As if I couldn’t be more excited for The Last of Us, Naughty Dog has gone and been all “oh you think that’s cool?  Well here’s some more cool stuff.”  I’ve been eagerly awaiting the adventures of Ellie (or as I like to call her, Notellenpage) and Joel.  It will be interesting to see Ellie before she meets up with her bearded friend.  Apparently, The Last of Us: American Dreams shows us just that.

From the Dark Horse press release:

Ellie, the heroine of The Last of Us, has grown up in a post pandemic world, shuttled between military orphanages in one of the last remaining quarantine zones and resigned to the fact that when she’s old enough, she’ll be channeled into the army or left to fend for herself—until she meets an older girl determined to find a third way out. American Dreams explores Ellie’s backstory and her first steps on the road that led her to her companion Joel.

The first issue will appear in the spring of 2013, not that any of us will ever see it.*

You can also check out the interview with Naughty Dog’s Neil Druckmann over on IGN.

Comics Dark Horse The Last of Us