The Newbii’s Guide to the WiiU 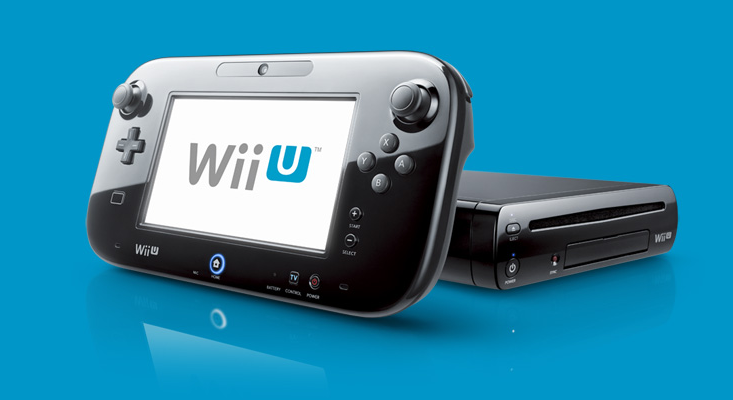 By now, I’m sure you’ve all heard the news.  The WiiU is coming, and it’s coming soon.  The console with the strangest name in the history of consoles, with the possible exception of the Fairchild Channel F, will be on store shelves in a little over two months.  But what exactly is this thing?  What if you skipped the Wii entirely?  Should you be excited?  I’ll try to answer all those questions if you read on.

I’m gonna be honest with you folks.  I never bought the Wii.  I never even played the Wii.  The last Nintendo console I bought was the DSlite, and I probably haven’t touched it in a good six months.  I know that’s probably a shock to most of you, and you might even be a little upset with me.  It’s cool, I understand.  I could’ve faked it and cranked out your standard bit of SaveGame news.  But I respect you, and I felt that you deserved to know the truth.

Are we good?  Should we hug it out? No?  OK, moving on, then.  The thought occured to me, I can’t be the only person in this position.  There are probably lots of gamers out there that, for one reason or another, let the Wii pass them by.  But now Nintendo is back with another unorthodox system, and if those who passed on the Wii are anything like me, they’re wondering if the WiiU is worth a look.  So let’s start with the basics.  The WiiU will launch in North America on November 18, Europe on November 20, Japan on December 8.  Two versions of the console will be available at launch, a basic package which will retail for $299.99 and a deluxe version for $50 more.

But what are you getting in these basic and deluxe packages?  Besides a white colored console, the basic package comes with the Gamepad controller (yes, it’s capitalized), a stylus, sensor bar, and the usual assortment of plugs and cables.  It even comes with HDMI.  If you want to spring for the deluxe pacakage, you get a sleek black colored console, stands for your Gampad and console, and a copy of the launch title, Nintendoland.

So the price is a little high. The basic package is as much as a high end PS3 bundle.  For someone who hasn’t been on the Nintendo bandwagon for awhile, this isn’t a good sign.  But the deciding factor on whether or not a console is worth the cash is definitely the games.  And the titles on the way for the WiiU look pretty damn good.  So far, the only two games guaranteed to be available on launch day are Nintendoland and New Super Mario Bros. U.  Yeah, that’s a pretty short list, but by March 2013, Nintendo is promising a catalog of over 50 games, including some big titles from 3rd party developers.  Here’s a sampling of what’s on the way.

OK, so I gotta admit, that’s a pretty sweet lineup.  But what about the mega-franchises?  The Call of Dutys, the Maddens, The Assassins Creeds of the world?  Well, here are some very enthusiastic people talking about those very titles coming to the WiiU, and what sets them apart from their Xbox and PS3 iterations.

Developers sure seem to be making a big deal out of the Gamepad, but what the heck is that thing, anyway?  I took one look at those Wiimotes a few years ago, and knew they weren’t for me.  Simplicity?  Hah!  Motion control?  Double Hah!  I laugh in the face of innovation.  My controllers need to be as complex and intimidating as possible.  It’s the only way to scare away the uninitiated, every gamer knows that.  But the Gamepad… this thing promises to do more than just motion control.  And it just might be techy enough to win back fools like me who thought the Wii was just a toy.  It features a 6.2 inch screen which streams images from the WiiU base unit at a resolution of 854×480.  It comes loaded with its own stereo speakers, microphone, camera, and rumble features.  It even has an infared trasmitter, making it capable of functioning as a universal remote for your living room, which is something Nintendo is seriously hoping you’ll do.

In addition to all the innovations the Gamepad will bring to controlling your game, it has the potential to do the same for your television too.  Nintendo is launching a new service with the WiiU called TVii, which I think is pronounced “Tee Vee Eee.”  Or maybe just “Tee Veeee.”  In any case, it uses the Gamepad to access online video services like Netflix, Hulu, and Youtube.  The service will even let you control live and recorded television through your DVR.  Nintendo really wants you to use the WiiU as your universal entertainment portal.  So much so, they put together this nifty video presentation for TVii.  Check it out below.

Hey, I just had a thought.  Remember how I said “universal entertainment portal” just now?  Maybe the U in WiiU stands for universe!  Anyway, so we’ve covered games.  We’ve covered the Gamepad.  As a newbii, I’m feeling a litter better about myself right now.  I’m still not sure if this is the console for me, but at least I’m not rolling my jaded, cynical eyes anymore at the products that Nintendo is making.  My only concern is longevity.  By all accounts, the WiiU is a powerful machine which surely matches, and in some cases surpasses, the performance of the other two major consoles.  But with a new Xbox in development, is the WiiU compelling enough to warrant a purchase?  Basing the decision on hardware specs alone, I’d say no.  But the lineup of games, including some killer exlclusives, is solid, and when you factor in backwards compatability with all the original Wii titles, the system becomes very tempting.  If you’re like me, and missed out on all the Wii fun the first time around, it might be worth a look.