Gather around, denizens of the Old Kingdom.  A new era is about to begin.  Bethesda is readying a new patch for Skyrim, version 1.6, and it will change the way you view combat in the Elder Scrolls forever.  OK, maybe not forever.  I might’ve been embellishing a litte.  But it’s still pretty cool.  Read on for the details.

So remember when I said that this patch will change the way you view combat in Skyrim forever?  Take a look at the picture below. 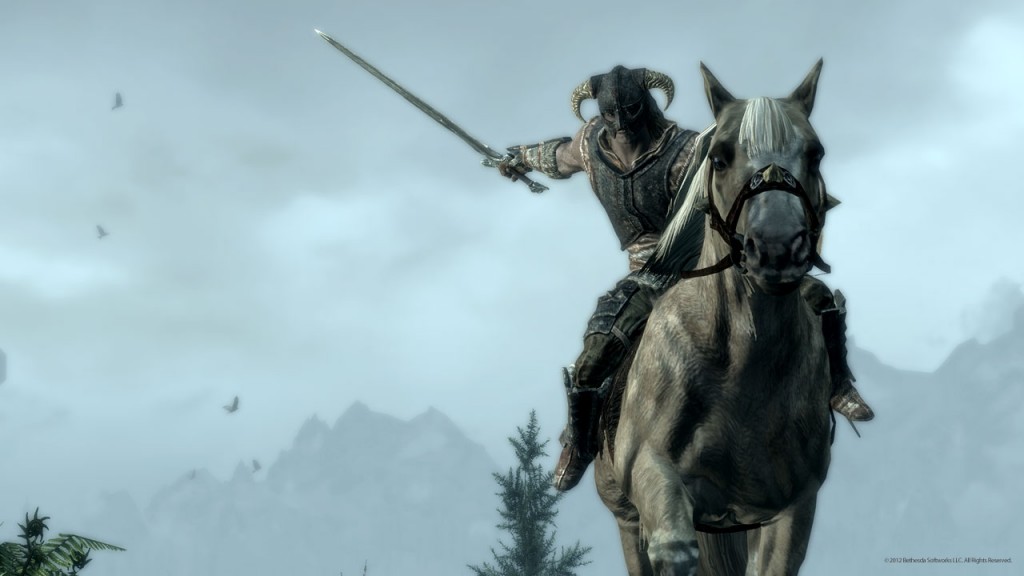 Yup.  Mounted combat is coming to Skyrim.  According to the official Bethesda Blog, this has been a very popular request among fans, and they’re glad to be finally able to honor the requests.  Not only will this be very convenient when encountering random enemies in the wilderness, it also looks totally badass.  I mean… look at Dovahkiin!  He’s about to cleave some poor sap in half, and I can’t wait to see it.

Of course, mounted combat isn’t the only thing that the version 1.6 patch will be adding to Skyrim.  Here’s a full list of the fixes that it will implement.

There’s no release date for version 1.6 yet, but as with the last few Skyrim patches, PC users can access a beta version of it from Steam right now.  If you need a refresher on how to access Skyrim betas on Steam, check out our coverage from when it first became available.  There’s no beta version available for Xbox or PS3 users, but us console gamers are used to getting ignored.  PC Gamer master race, amirite?  Sheesh…