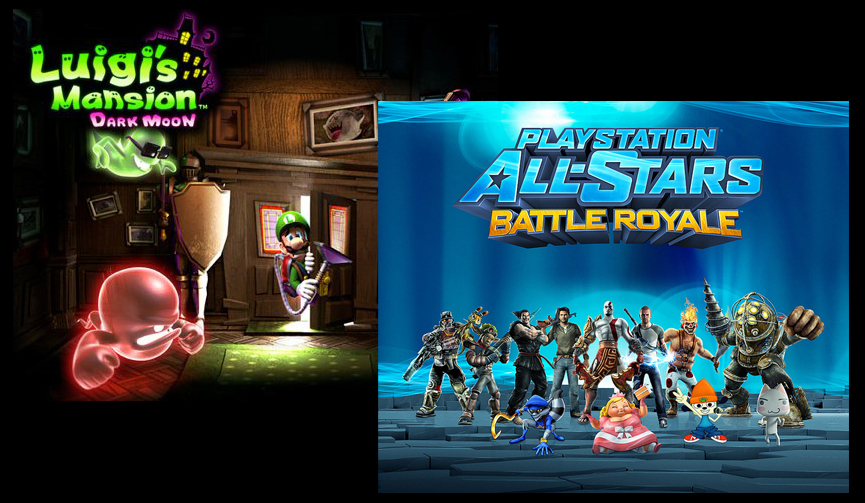 Bummer news is a crafty bugger.  It can strike anywhere, anytime.  You might go weeks without ever running into it.  Then one day, it comes out of nowhere and knocks you on your ass with a double barreled bummer blast (say that ten times fact).  That’s what happened this week as two high profile titles got delayed.  Read on for the details.

First up is Playstation All-Stars Battle Royale, or as some of you might know it, Super Smash Brothers: Playstation Edition.  It was announced earlier today on the official Playstation Blog that the title was being delayed.  But as delays go, this one isn’t so bad.  Originally slated for an October 23rd release, the game will now hit store shelves on November 20th.  The reason given was predictably upbeat, explaining that the team wanted to make the game as perfect and polished as they could, and that they needed juuuuuust a little more time to do that.

The second delay announced today was for Luigi’s Mansion: Dark Moon.  A sequel to one of the forgotten gems of the last console generation, Dark Moon was originally scheduled for a holiday 2012 release.  But according to a posting on Joystiq, that is no longer the case.  The game will now be released sometime during the first half of 2013.  No reason was given for the delay, so we’re left to speculate.  Is Luigi holding out for a better contract?  Or maybe its the Boos.  They’re notoriously difficult to work with.

So two bummers for the price of one.  This week is not off to a great start.