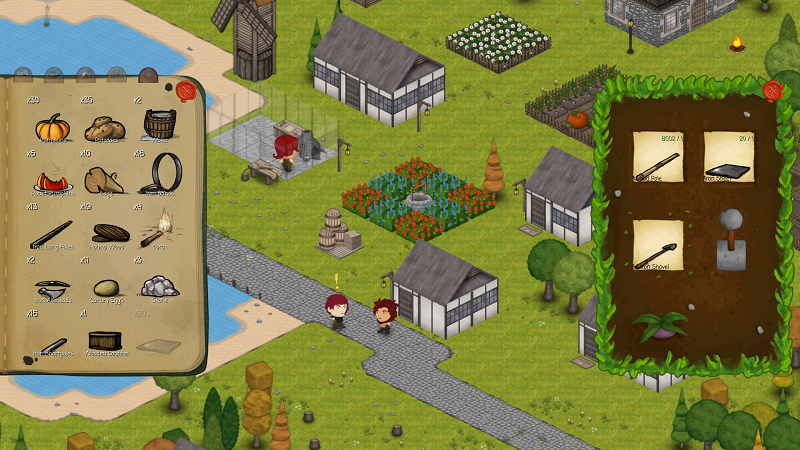 Good news for crafting and city-building fans, with Flat Earth Games, the Aussie games studio behind the successful crafting, building and exploration game TownCraft for iPad, set to officially launch the iPhone and Mac version of the game tomorrow.

Having released the original iPad version of TownCraft in Australia in July of 2013, the game has since raced up the charts to sit at #2 on the paid iPad games charts. Now, iPhone and Mac users will be able to experience the fun and challenge of TownCraft, a crafting and city building game set in medieval times. To celebrate the release of the iPad and Mac versions, the iPad version will be updated, and when combined with the new iPad and Mac versions, the total new content since launch will stand at an impressive 4 new levels, 30 new resources, new building types and structures, 44 new quests, and a completely re-worked interface.

“We are excited and delighted to bring the TownCraft experience to the iPhone and Mac players,” said Leigh Harris, Lead Designer. “Players around the world have provided superb feedback, letting us know they genuinely appreciate the Zen-like approach to game design, huge amount of content we’ve been adding and the lack of in-app purchases. We believe players will love the expansive world and the depth of gameplay in our new version of TownCraft.”

For those who haven’t heard of this addictive, yet relaxing gem of a game, TownCraft is a non-violent crafting and city-building game, set in medieval times, which tasks players with starting a new town from scratch, and growing it to be the toast of the kingdoms. Players begin by crafting the most basic of tools, but with persverence, skill and a touch of planning, before long the town will be teeming with travellers from all across the land. These travellers will buy wares at the local shops, come to check out the sights,and have some food and drink at the tavern players can build. They’ll come looking to trade, work, fish, farm, forage, hire, fire, and explore.

• Play a new world every time – no two worlds will ever be the same thanks to procedurally generated maps! • Players will test their skills at crafting, with hundreds of different objects to create. • Gamers can build bridges, jetties, workshops and windmills in an effort to create a fully functioning and self-sufficient town. • Players will order around muck-ridden peasants, who will manage their gold mines, stone quarries, crop fields, lakes, shops and taverns. • Users will play in a world with a real-time day and night cycle – workers will wake up, go to work, hit the tavern to meet some passing travellers later at night, and then get some shut-eye again. • Gamers can explore each new world and unearth countless resources, from cotton to canary eggs, gold to grapes, wheat to wax and stone to silver. • Players will follow an off-beat story as kingdoms vie for control.

TownCraft is produced with the support of Screen Australia, and is currently available for $4.99 on iPad and iPhone on the APP Store. The Mac version is also available on the Mac Apple Store, at a steal of a price of $9.99.

To see the game in action, take a look at the launch trailer below. More information can be found on the game’s official website.