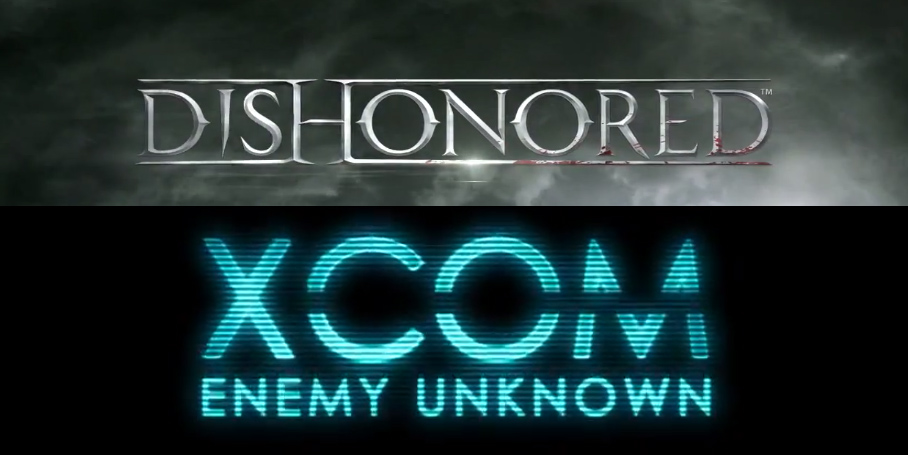 This week sees the launch of Dishonored and XCOM: Enemy Unknown, two high profile games that have sorta flown under my radar.  I know, I know… I’m sorry.  But I’m only one guy.  There’s only so much gaming news I can process, OK?  So just back off!  Wow, sorry.  Didn’t mean to snap like that.  Under a lot of stress at work.  You know how it is.  Anyway, how about we just forget our troubles with a couple of kickass launch trailers, huh?  Read on to check ’em out.

First up is Dishonored.  Winner of about a jillion awards at this year’s E3, Dishonored tells the story of Corvo Attano, a royal bodyguard framed for murder who must seek revenge on those who framed him.  Played in a first person perspective, the game rewards stealth and assassinations, while weaponry can be combined with magical spells to create powerful attacks.  Interestingly, it is possible to complete many missions without killing a single enemy, and the story has been designed to change according to how violently you progress through it.  Check out the atmospheric launch trailer below.

Developed by Arkane Studios and published by Bethesda Softworks, Dishonored has been getting some very impressive reviews.  It’ll be interesting to see if those reviews translate to sales.   Let’s hope they do.  Now that Mass Effect is more or less over, I could use a new franchise to become frighteningly obsessed with.

Next up is XCOM: Enemy Unknown, the modern reimagining of the classic 90s strategy game, XCOM: UFO Defense.  Like its predecessor, Enemy Unknown is a turn based strategy game in which you take control of XCOM, an elite multinational fighting force as it tries to defend the Earth against an alien invasion.  You’ll control units in the field as they engage in battle, while also recovering as much alien technology as possible.  This technology can be researched to create more powerful weapons and abilities to use against the ravaging alien horde.  Sounds good to me.  Looks even better, as evidenced by the launch trailer below.

Now, as some of you may know, I’m not the biggest strategy game fan.  I’ve struggled with them in the past, and I’m more than a little wary of diving into a monster of a turn based game like XCOM: Enemy Unknown.  But much like Dishonored, XCOM has been getting very high marks.  And a friend of mine has been gushing over this game for a good six months now, and she’s usually a very good judge of fun, so I feel compelled to give XCOM a shot.  I’ll let you know how it goes.

Both of these games are available right now in North America, and will be available everywhere else by the end of the week.  Have you picked up your copy yet?  Do me favor, and make up for my lack of coverage by telling us what you think of Dishonored or XCOM: Enemy Unknown in the comments.  I’ll send you a Save Game sticker.