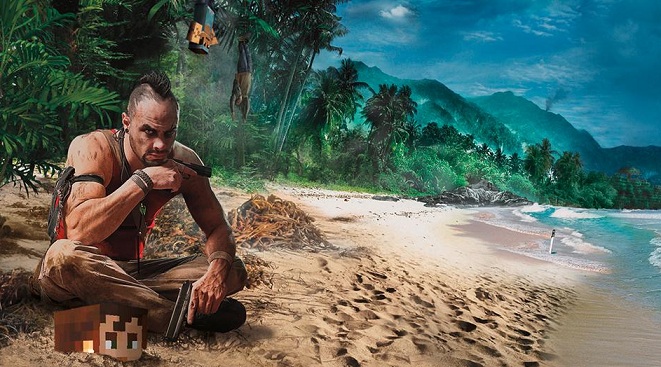 It’s Minecraft. It’s inspired by the Far Cry 3 universe. And it’s free. Ubisoft have announced the creation of a texture and map pack inspired by Far Cry 3 will be released on PC on the 26th October for the lovely price of free. Yes, that’s right. Free.

This pack will let users explore the Minecraft experience through a Far Cry 3 themed lens, with all the aspects of the original game modified – including weapons, tools and environments. Far Cry 3 locations and environments will be on display, all redesigned in Minecraft style, and those taking up the Far Cry 3 Minecraft pack will be able to discover the likes of Vaas, Citra and Jason, in addition to searching for the over 50 easter eggs hidden throughout the island.

The map was modded by Michael Lambert (creator of Newcraft City) and artists Axel Janssen and Yohann Delcourt were responsible for the textures. The pack will be available for free on PC through the Far Cry official website.

Far Cry 3 is releasing November 29, 2012 on PS3, Xbox 360 and PC. Until that date, head on over to the official website to download the free map and texture pack once October 26 hits.