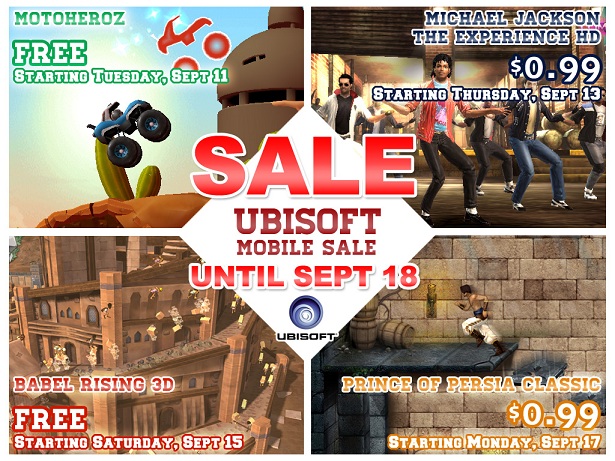 We’re on the bargain hunt again – and this time it’s Ubisoft who have served up the goods. From now until September 18, selected Ubisoft mobile titles have been discounted.

The promotion includes the following titles:

You really can’t get any better than free – so if any of those titles pique your interest, dive on in for some fantastic savings.