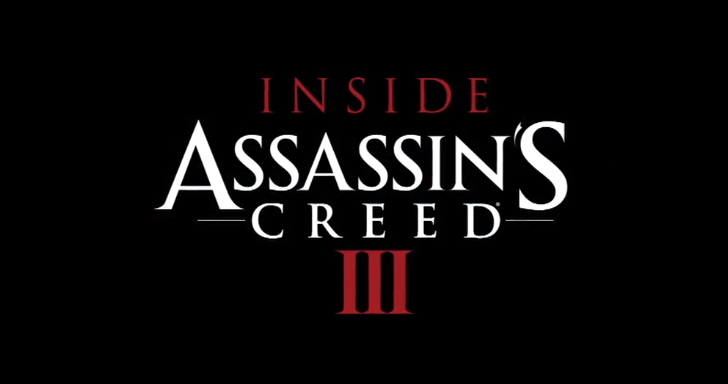 With the release of Assassin’s Creed 3 getting closer every day, Ubisoft is trying their hardest to keep the game on the minds of gamers everywhere.  Their latest effort is a four part documentary series which takes a behind the scenes look at the making of the game.  The final two parts of the series have been released, and you can watch them both if you read on.

You might remember that we covered the first two episodes here a couple weeks ago, and we were pretty darned impressed.  The third episode is entitled The Hero Behind The War, and focuses on Connor, main character of the game.  Connor always strives to fight on the side of good, and plays a major role in the American Revolution, coming into contact with many historical figures including Israel Putnam and George Washington.  Connor is half Native American, and the developers worked closely with a Mohawk consultant to make sure his language, culture, and weaponry were authentic.  Connor’s movement in game includes over an hour of new animations, including a new climbing system.

Did you catch the part where Connor is decribed as “a ninja, and a tank, with a wolverine in there?”  Personally, I’d love to see that quote on the box.

Anyway, on to episode four, which is entitled America, By Land and Sea.  This final episode shows how the devlopers took real historical events, and incorporated them into the game’s narrative, allowing players to experience them for themselves.  Using historical maps of Boston and New York, the team was able to recreate the cities as they actualy appeared in the 1770s.  Gameplay will also take place away from the cities, in the wild frontier of 18th century America.  The developers populated these enivroments with over two dozen species of animals to make it feel as lifelike as possible. And then there’s the “sea” part of the title.  Naval warfare played a huge role in the American Revoultion, and the developers couldn’t leave it out of Assassin’s Creed 3.  An entire team was dedicated to naval combat, in which Connor takes control of not only the ship, but the crew as well.

After all that, I only have one question: why can’t it be October 30th right now?  Life can be so unfair sometimes, you guys.