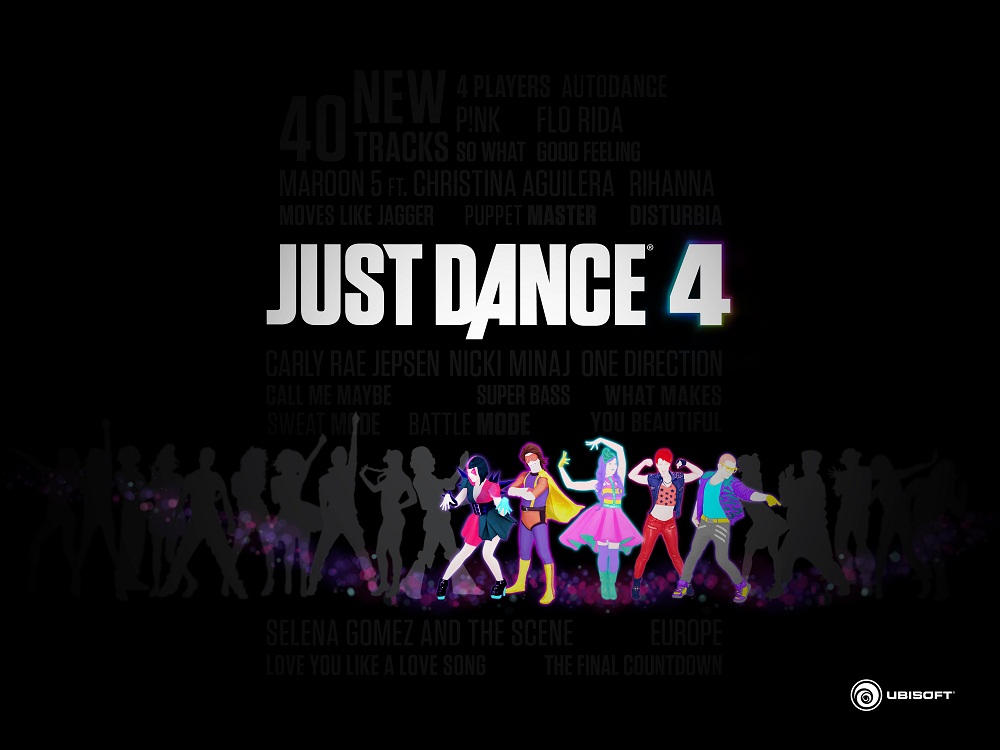 For all those dance crazy fans amongst you – put on your dancing shoes and get excited – as Ubisoft have announced the track lineup for their upcoming booty shaking Just Dance 4.

After checking out the songs on display, we can happily say there’s something there for everyone. Unless of course you enjoy mime and opera, in which case you might want to re-evaluate your choices in video games if you were seriously expecting Just Dance 4 to cater to your tastes.

Just Dance 4 will feature over 40 tracks, and includes such chart toppers as Elvis Presley, Nelly Furtado, Ricky Martin, Rihanna, Jennifer Lopez, Barry White and….wait for it….Rick Astley. And yes, the Rick Astley song included is the one you think it is. The full track listing is as follows:

The Wii U version of Just Dance 4 will also come with these exclusive tracks:

And if these tracks weren’t enough to get that inner dancing fire burning in you, Ubisoft has also announced that Just Dance 4 will feature new game modes and additions, including:

Battle Mode: In the all new Battle Mode, friends go head to head with each other in six rounds of dance battles. During the battle, the choreography and music changes in real time, depending on who is currently winning or losing. The ultimate winner gets bragging rights until the next dance battle!

Alternate Choreographies: Players have the chance to unlock alternative dance routines for some of their favorite tracks. They can opt for a more challenging, faster-paced routine or more outlandish choreography, depending on their mood.

Nintendo Wii U-exclusive Features: The Wii U version introduces up to 5-player gameplay with an exclusive Puppet Master Mode. The Puppet Master Mode allows the player operating the new Wii U GamePad™ to switch dance routines that are being performed by the four other players in real time. In this mode, the operator has the power to create choreographies and choose playlists for the other players to follow. In addition, the operator also has the ability to write on-screen live dedications and take pictures and videos of the best dance moments to share online!

Surely that dancing fire has now been stoked?! If so, October 2 is the date you need to cicle in your calender, for this is the date Just Dance 4 will be releasing on the Wii, Xbox360 Kinect and PS3 Move. A Wii U version will also be released in the console’s launch window.

For more information, check out Just Dance 4’s official website. For those trailer fans amongst you, Just Dance 4 does, of course, have its own trailer, which you can see below.