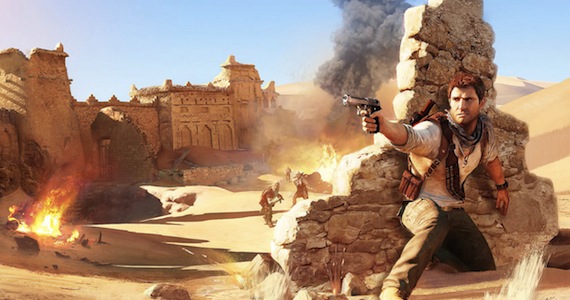 Naughty Dog have announced that Uncharted 3: Drake’s Decepton will see a very extensive patch release sometime in August. And to celebrate the announcement of the pending patch release, the developer has provided a bunch of previously unreleased remixes of the game’s official soundtrack.

What do new remixes have to do with a patch announcement? Who cares when the remixes are this fantastic. More information on just what fixes and tweaks the patch will deliver will be announced closer to the patch release, which is looking to be around August 14, however Naughty Dog have listed via their website that the following gameplay fixes will be covered in the patch:

Thanks, Naughty Dog. You really do know how to charm a girl. Now if you could somehow conjure up an actual Nathan Drake into existence and get him to serenade me whilst falling for my magical charms, I will be yours forever.

The new OST remixes can be found here.