The epic tale of Goat Simulator began about a week ago when Coffee Stain Studios, most famous for the Sanctum series of first person tower defense games, uploaded a video to their YouTube page. The video consisted of a poorly animated goat running around a virtual suburban neighborhood, bashing things with its head, getting punted by cars, and causing all sorts of goaty mischief.  The goat’s exaggerated rag doll physics and bizzare, half baked animations cast a spell over all who watched, and the video soon went viral.  You can see it for yourself below.

The internet, captivated by the goat’s wacky antics, began to ask questions.  What was Goat Simulator all about?  Where can we buy it?  Do goats really eat tin cans?  It turns out that Goat Simulator wasn’t much of a game.  It was a game jam; something Coffe Stain had thrown together in a couple of weeks, purely for the enjoyment of it.  They never had any intentions of releasing it, and no, goats don’t really eat tin cans.

But as is often the case on the internet, oddities like this begin to take on a life of their own.  The outcry from fans became overwhelming.  They wanted Goat Simulator.  They needed Goat Simulator.  And Goat Simulator, they will have.  Earlier today, Coffee Stain Studios announced that they will be releasing Goat Simulator as a real game that you can pay money to own and presumably play.  The game is currently available for pre-order on Steam, with a release planned for this Spring.   To celebrate this momentous occasion, the game’s developers have released a brand new trailer, featuring more of what the internet craves: hardcore goat action.  This time, there’s more tongue.  It’s even more disturbing than it sounds.  Check it out.

You can keep tabs on Goat Simulator at the game’s official website.  For srs.. 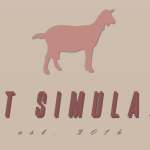 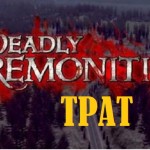 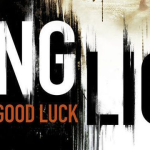