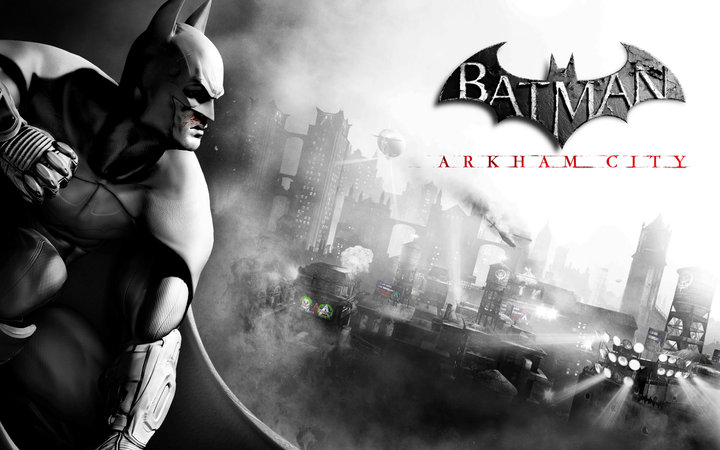 Holy glistening weasel tits, Batman!  I’ve been playing the hell out of Batman: Arkham City and that’s literally the first thing I thought of when I thought of what to write for this review.  I suppose you could blame my unnatural affinity for weasels, but I like to think that the game itself inspired such an embarassing exclamation.

When Rocksteady Games released Batman: Arkham City in October it was already well known that it would at the very least be worth playing.  Several gaming reviewers were already ballsy enough to call the game “the best licensed video game ever made” and there were 10/10 scores popping up all over gaming sites.  I was skeptical.  How can anything be “the greatest video game”?  How do you even quantify that with all the different kinds of genres, play-styles, graphics etc.  I scoffed.  I admit it.  I’m still of the opinion that no one game can ever be that, but I will say that if any game comes close to that, it’s Arkham City.

Let’s start with your protagonist.  Well, it’s Batman.  Already a superhero and a well loved one at that.  We all know he’s a big beautiful brooding badass and that he likes to swoop in and save the day sometimes.  This common knowledge is enough to want to get the game.  I sometimes find with some superhero portrayals in games that they can fall flat.  The focus is on gameplay and not character.  Batman seems to be a real character in Arkham City.  He has his own story, his interactions with people are believable and it’s just fantastic.  I chock this mostly up to the performance of Kevin Conroy who has played Batman many times in the past in the animated series.  To me, he is the definitive voice of Batman and his experience as the character really shines through in his performance.

It seems many of the voice actors in Arkham City have worked before on the Batman series with Paul Dini, who penned all of those episodes and also wrote Arkham City.  Most notably was the presence of Mark Hamill, who in my opinion is the greatest Joker that has ever been.  That’s right. I said it.  Mark Hamill is the best Joker that has ever existed.  It has always been thus.  Every character you see in the game has their own very clear personality that shines through and as a person who thinks characters are important in games, I found this most pleasing. 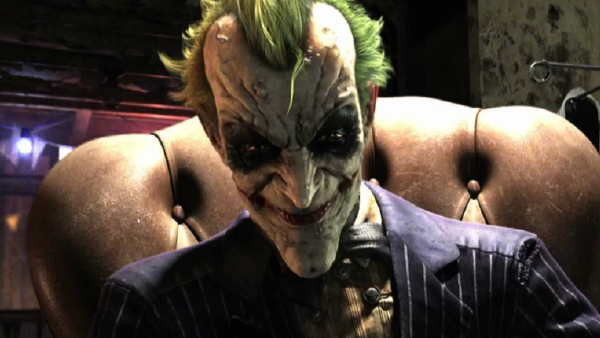 Speaking of characters, there are a lot of them in this game.  Joker, Mr. Freeze, Penguin, Bane, Killer Croc, Riddler, even the freakishly nightmare inducing Solomon Grundy and skin crawlingly psychotic Victor Zsasz are all somehow crammed into this masterpiece of a game in a way that makes sense and works for the story.  The main storyline feels natural and well written.  It unfolds not with what feels like a series of smaller missions tied together by a string, but with a grand narrative in mind.  It is seamless and exciting, each bit of the story making you hungry for the next.  It’s no wonder that I had dinner at 7pm, turned on the game and at 2am had barely blinked.  I went to bed after, not because I was done playing, but because I couldn’t physically keep my eyes open anymore.

If the main story line isn’t enough, don’t worry.  There are countless side missions that one can stumble upon in the game, each part of a more robust side storyline.  Oh yeah, did I mention this game is open world?  The world is literally Batman’s playground.  There were times playing that I ignored every single one of Batman’s responsibilities (I’m not a very good Batman) and just glided, grapple hooked, dive bombed and floated gracefully around this amazing environment.

Graphically speaking, the game is simply beautiful.  Colors and textures and animations are all pretty phenomenal.  Loading times are 99.9% nonexistent, there’s no texture popping and nothing to indicate that you’re even in a game at all.  As far as I was concerned I was watching the real Batman (he totally exists, guys) jaunting around, messing up thugs.

As for those thugs, you get to fight a lot of them.  Often you get to fight them in groups and display your ass kicking powers.  This was my favorite type of fight in the game.  The hand to hand fighting in groups was challenging.  It required the use of special moves I had learned and then the subsequent stifling of my exuberant squees when they actually worked.  Timing is essential for those satisfying, tingle inducing critical hits where the enemy is slobberknocked into oblivion by our hero.   And those are just the straightforward fights.

So much of the game is based on stealthily getting the drop on your enemies, particularly those who are armed with high powered weapons.  Batman isn’t bulletproof and jumping into the middle of a room populated by baddies packing heat isn’t the smartest move if you don’t want to get Batman killed.  YOU DON’T WANT TO GET BATMAN KILLED, DO YOU?  I thought not.

The use of smoke pellets and a general divide and conquer strategy, using diversion and distraction, sneak skills and silent takedowns is where the game really shines.  There is quite a bit of patience required in this game.  Patience in gaming is not one of my strong suits.  I rarely play the stealthy types to be honest, but I thoroughly enjoyed it in Arkham City.  It was exciting and tension filled.

The enemy AI is smarter than you.  Sorry.  This is an ego deflating fact.  Sneaking around in the grating under the floor may make you feel like an invincible ninja, but don’t count on never being discovered, particularly if you’ve already used that tactic.  If Batman jumps up from the floor and takes down a bad guy, the other guys will find the downed man and then figure out that Batman must be somewhere under the floor.  They will find Batman.  They will shoot him.  You have been warned. 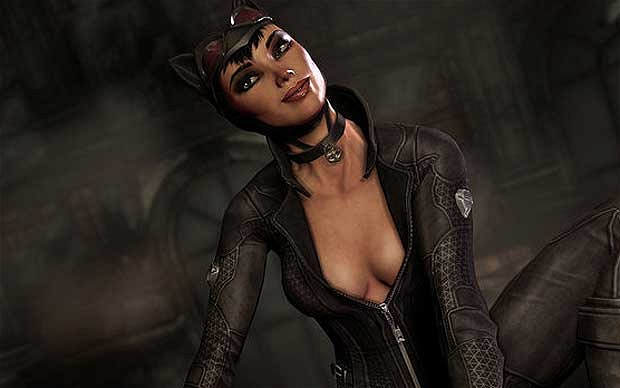 If you’re tired of watching Batman get pummeled with bullets like a rat in a storm grate, fear not because there are other playable characters.  I didn’t download and play any of the Nightwing content, but I played the hell out of Catwoman and I think I love her.  Catwoman is a refreshing change of perspective in the game.  She moves differently, plays differently, fights differently and holy hell do I want her outfit…. and body.  Characteristically sassy with just the requisite amount of sociopathy, Catwoman and her own adventures are a lot of fun.

Every adventure is a lot of fun.  From gathering Riddler trophies to navigating a remote controlled Batarang to saving hostages by finding and answering telephones in a deadly game of cat and mouse, everything in this game is there because it adds to the experience.  Truthfully, I only encountered one glitch in the whole game and I surprised to find even that.  While tracking the trajectory of a bullet from a sniper rifle, Batman got to what seemed to be a point of origin and I don’t know, the rest of the quest simply didn’t trigger.  I kind of just shrugged that off though because there a thousand other amazing things I could do in that moment.

I’m not sure I’ve ever given a game a 10/10 before.  So here goes.  Congratulations Batman: Arkham City.  Here’s another flawless score for you.  Don’t let it go to your head.  Now to finish you up before Skyrim hits tomorrow.