Casual Friday – A Ride Into the Mountains 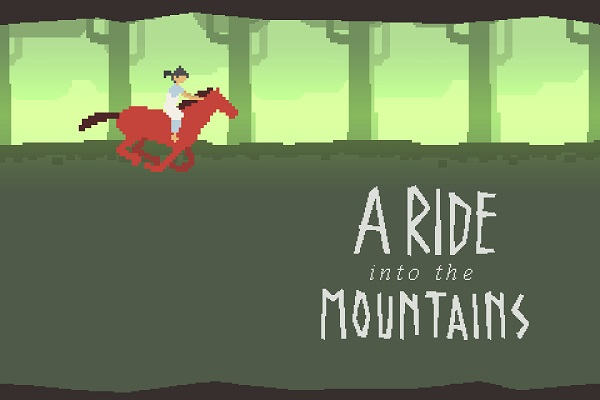 Put on your favorite super hero t-shirt, head to work, maybe even get yourself that bacon egg and cheese sandwich today.  Because it’s Casual Friday and this week I’ve been playing A Ride Into the Mountains from Chia-Yu Chen & Lee-Kuo Chen.

A Ride Into the Mountains, is simply put – charming and fun.  You’re Zu, a young lad who has to stop the powers of darkness by riding his horse up a mountain.  You’d think I’m oversimplifying the plot here, but the beauty of this game is that it is so simple.  Zu is guided on his journey by ponderings and teachings that his father imparted upon him, and as such there are little level ups and progressions in skill. The player gains extra health as the game goes on, and learns how to focus, which slows down the game just long enough to be able to make that perfect shot.

With it’s simple graphics and pleasant soundtrack, the game easily teaches the player how to shoot Zu’s bow and arrow at the geometrically shaped evil that is plaguing the land.  It’s a physics based game, reminiscent of Angry Birds as far as finding the right angle, the right pressure to shoot your arrows into the foul beasts trying to bonk you on the head.  At times the controls seemed just a little imprecise and I found myself aiming in a way that what I thought was perfect and having my arrow sail over the head of my target by a mile.  This is a relatively minor complaint as generally the game has the player shooting frantically over and over in parts.  In short, you’re bound to hit something. 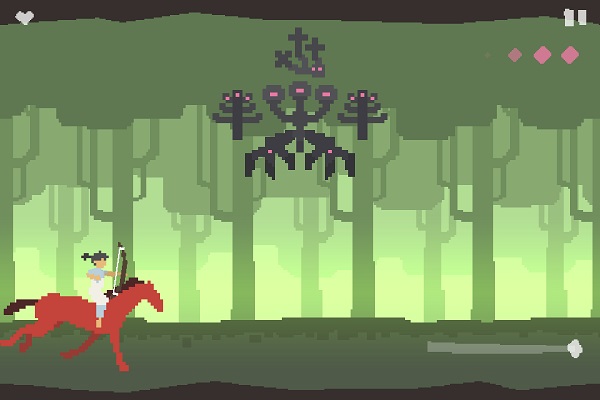 This is an endless scrolling mobile game, which  usually makes me feel tense and panicky. I have traumatizing childhood memories of those Mario levels that would keep moving and when you got stuck behind a pillar poor Mario would be crushed (that was awful, okay).  I have to admit I sometimes shy away from games where I can’t control the movement on screen, but thankfully A Ride Into the Mountains  was challenging without stressing me out.

I was happy to see that it wasn’t just a side scroller.  It’s a top scroller as well.  The change of perspective from level to level was a welcome surprise.  There’s also an element of tilting your mobile device for some variation on movement to make Zu speed up or slow down to avoid flying projectiles hurled by the bad guys. 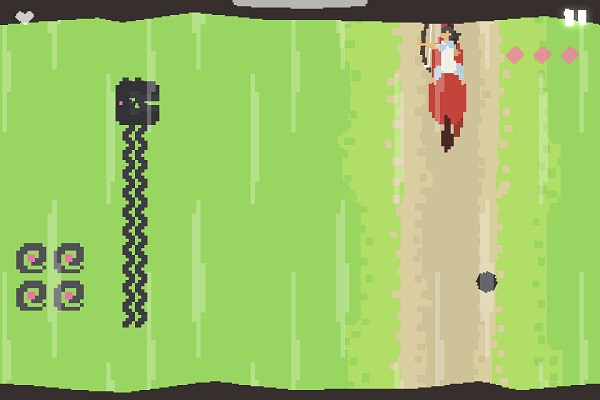 There was one level early on that kept crashing on me, but I haven’t been able to confirm yet if this was just my phone or a little bug in the game.  It seemed to run smoothly once I got through the troublesome bit though and I was glad for that seeing as how I was really enjoying myself.

A Ride Into the Mountains is a game that will take several tries to figure out on some levels.  I found some of the level boss battles to be frustrating and nearly impossible, and sheer luck got me through the most difficult ones – luck and flailing.  Flailing was definitely a part of it.  There may also have been whining and squealing.   If you don’t mind the occasional desire to put your game down in frustration for a little while, and if you like endless scrolling physics based game play, then A Ride Into the Mountains is well worth the price of $0.99 and more on iPhone and Android.   It’s a deceptively simple, challenging game that I’m giving a solid 8 out of 10.