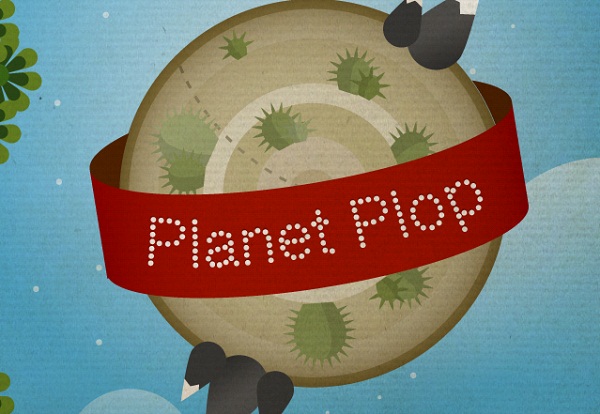 Today for Casual Friday, I’m wearing some raggedy sandals, a tank top with a stain on it, and playing the game Planet Plop.

If you haven’t heard of PiVi & Co, they’re they app developer for iPhone and Mac responsible for those little gag apps like  “Old Booth,”  “Bald Booth,” and “Ugly Booth.”  Among their many booths, they’ve added an adorable casual game called Planet Plop.

When stacked up next to PiVi & Co’s other apps,  I couldn’t help but think Planet Plop looked a little out of place.  What was an actual game with colorful graphics and real game play doing sitting next to “Fat Booth”?  I was curious about this  and thankfully for a limited time it’s available free on iTunes.

The story of the game is very simple.  Life in the Plop Galaxy has just disappeared and so you and your friend Mr. Onion (yes an onion) are tasked with replenishing the planets and helping to make beautiful things grow.  To do this, the player has to guide the planet to the nourishing magical drops that fall upon it. 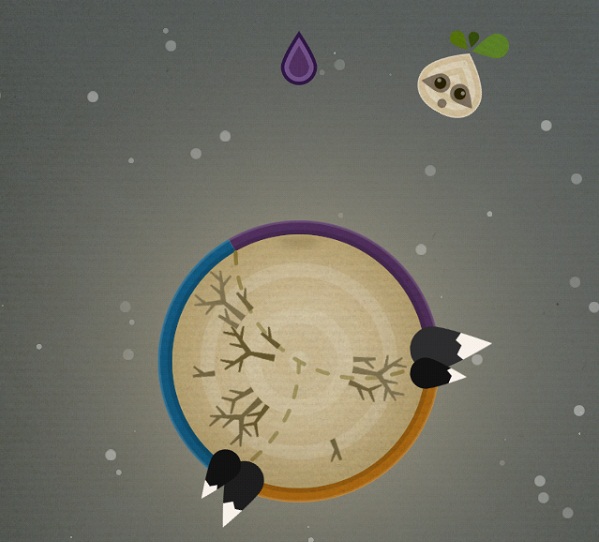 The description told me that I could play with only one finger, whichever one I prefer, so naturally I first giggled because I’m actually 14, and then I downloaded the game because who wants to deal with more effort than you need to in a casual game?

The planets are round with colorful sections that the player needs to match up to the falling drops from overhead.  It seems simple in premise, and in theory it definitely is.  It’s the actual playing part that’s surprisingly challenging.  Using a thumb or whatever finger you prefer the player rotates the planet to catch those drops, aided by Mr. Onion who drops various little power up bulbs from his orbit.  Why there is an onion in space, orbiting these planets is a mystery to me, but I suppose that will be one of those great questions of life that will never fully be answered. 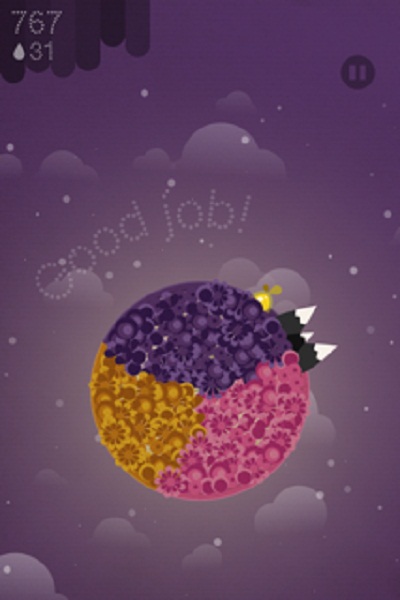 At Planet 1, Mr. Onion and I worked well together.  He dropped little bulbs that got me extra points.  Hey thanks, man!  And we successfully replenished the life on the little rock and moved onto the next.  Right around Planet 2 is where it started to get difficult.  In fact it got surprisingly difficult.  The game is basically the same throughout it’s 30 levels, though the planets will vary a bit.  Let the blue drop fall on the orange part of the planet and your game is over just like that.  I’m also assuming that particular planet is doomed.  This is a lot of pressure!   Mr. Onion is always there to help though, dropping bulbs, some of which offer a nice shield so if you’re too slow or too much of a spaz like myself you’ll have a bit of protection for a short time off of which the drops can be deflected.   He’ll also drop rainbow bulbs, which seem allow you to let those drops fall wherever for a short time as well.

Once I got a few levels in, a new variable was added to the mix:  Poison drops!  These are nasty little black drops with a skull on them that will immediately poison the planet and it’s game over for you.  Thankfully, each planet has a small mountain range that you can use to pop those nasty drops to make sure they don’t hit your precious planet. 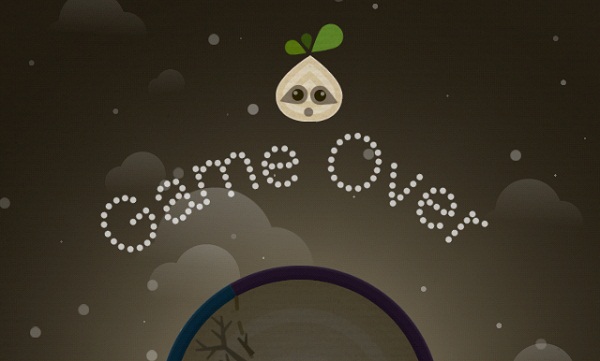 I’m not gonna lie.  I haven’t even made it passed Planet 7 or 8 at this point.  This game is hard.  It would be nice if after failing a level I didn’t have to return completely to level 1.  That’s the only thing I found a little frustrating about the game.  I would feel like I was making some real progress, really doing some good in the world, and then a misplaced thumb movement or a cat jumping on my lap would undo the fate of an entire galaxy.  It’s the Mass Effect of casual games if Commander Shepard was a thumb.

Aside from it’s difficulty, or maybe because of it, Planet Plop is an absolute delight to play.  It’s sound design is fun, the soundtrack is pleasant and Mr. Onion is just the cutest.  Planet Plop is one of those games I found myself playing “just one more time” approximately thirty times it’s so addictive.  The control is very responsive and while the game is simple, it’s put together nicely.  I call this a win.  I’m giving Planet Plop an 8.5.  I really enjoyed it, and will be playing it long after this review goes up.  I’m gonna beat this game dammit!

And now I leave you with a picture of me having used one of PiVi & Co’s other apps, “Old Booth.”  Please enjoy your nightmares. 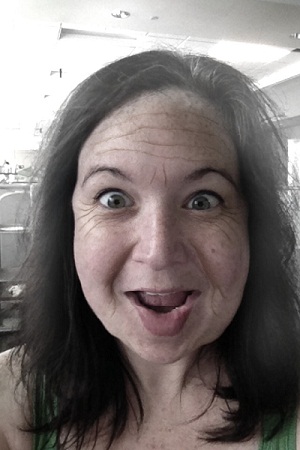