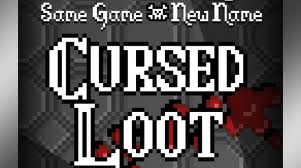 Last Winter, Eye Hook Games released a simple dungeon crawler on Xbox Live Arcade aptly titled Epic Dungeon, a delightful little platformer RPG with the most basic gameplay.  A few months ago Epic Dungeon got an overhaul and the name was changed to Cursed Loot.  It’s basically the same game, though we think its subtle changes like extra classes and more in depth talent tree have made for an even more delightful experience.

Cursed Loot harkens back to the original Nintendo system days with 8 bit graphics, a repetitive midi musical soundtrack and nearly identical environmental levels. There are five classes, and each plays differently.  Upon entering the world you are presented with your character and a weapon and that’s pretty much it.  From there you have a lantern that illuminates a small circumference surrounding your little dude.  As you discover the map a digital fog lifts and you are presented with a myriad of different enemies all out for your little adorable blood.
Each class has its own special attack.  I chose the Beserker class because I am a giant drunk man with a huge beard in real life.  His special attack is the frenzy move and you can chain these spin attacks by timing it perfectly thereby taking out bunches o’ baddies in a few fell swoops.  I was never able to get more than four or so in a chain however as I have the rhythmic timing of a deaf drummer.  Then there is an accursed cool down period where you are unable to use your special attack.  I found this frustrating, but not quite as frustrating as the simple normal attack.  There is no button for it.  You simply step toward the enemy and your sword flails.  This takes a little getting used to and I have yet to figure out how to do this without also taking damage from the enemy I’m slaying.  Make sure you have a lot of health potions when playing this game because if you’re like me – see: bad at it – you will need them. 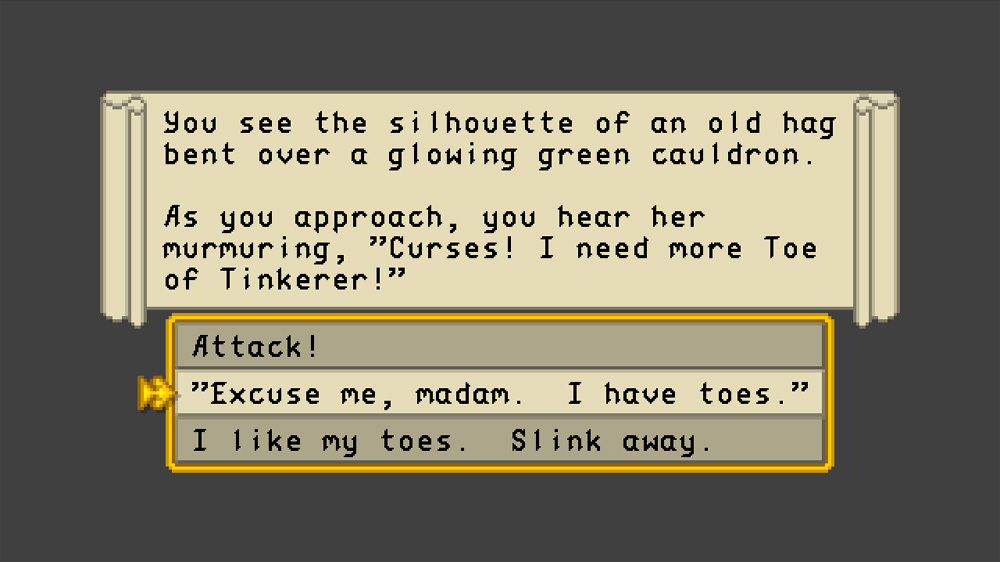 I have to admit that the reason I was hesitant to pick up Cursed Loot in the beginning was this:  If you die at all anywhere within the 50 levels of gameplay, your game is finished.  You are done.  Dead. Back to the beginning.  Now, as a gamer that was brought to tears by the idea of playing the same six hours of Oblivion all over again because of poor saving technique (don’t ask), the idea of this made my skin crawl.  I could just see myself doing well, getting along, leveling my bearded hero guy, buying and using potions, upgrading my weapons and talent tree and then having a nervous breakdown as my health meter depleted and eventually disappeared.  I envisioned throwing my controller across the room.  I envisioned my cats staring at me with fear in their eyes.  I envisioned my husband caringly trying to placate my rage with an offering of some kind of alcoholic beverage.  Not since NES’s Back to the Future travesty (and currently The Witcher 2′s insanity mode) has a game dared to troll a player so harshly.  So I did what any irritable gamer would do; I made my husband play it first.
He loved it.  I played it. Iiked it quite a bit.  Yes, the idea of putting in a lot of work on something and then losing it all is annoying and rage inducing, but it reminded me of the older games where save points were impossible to come by, entire levels had to be repeated and you had a limit on how many lives you actually had.  In other words, old school gaming from a time when I started playing.
If you can overlook the insanely frustrating idea of getting to the very last level of the game and then dying and realizing that life has no meaning, you are going to love this game.  It’s slightly addictive, it’s charming, it’s nostalgic and its perfect Sunday afternoon game that doesn’t require too much in depth analysis.
Cursed Loot is available on Xbox Live Arcade for one measly little dollar, and I am recommending that you grab it.  Put simply, you will have fun.  I give it a Save Game rating of  7.5 out of 10.