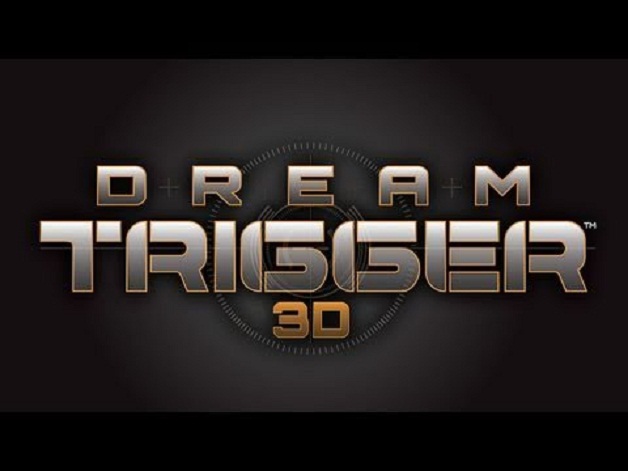 When I’m out shopping I like to check the sale or clearance racks hoping for a hidden gem. Sometimes a game is priced so cheap I’ll pick it up and see if its worth it. Today’s Gaming Gamble is Dream Trigger 3D by D3 Publisher. The back of the box made it look like a mix between Rez and Geometry Wars, and I’ve been looking at a reason to blow the dust off of my 3DS, so I paid eight dollars for it.

The game is really a mix of Lumines, Geometry Wars, Galaga, and Minesweeper. While that sounds awesome, the overall product is lacking by poor controls and forcing the player to juggle too many things at once. You move a butterfly (essentially a reticule) around the top screen, while enemies appear around you spraying bullets. Your butterfly can’t attack them until after they’ve been pinged by the sonar, which is activated by selecting boxes on the bottom screen with the stylus. After they’ve been pinged you must move your butterfly over near the enemy and press a shoulder button to shoot.

That is the main problem with Dream Trigger 3D, you have to watch the top screen to avoid bullets and then guess where to press on the bottom screen to ensure that the enemy is able to be killed. There is no learning curve, giving the player no chance to apply skills and feel like they are conquering the challenges. Instead you play for a little bit then you are greeted with an abrupt game over screen. 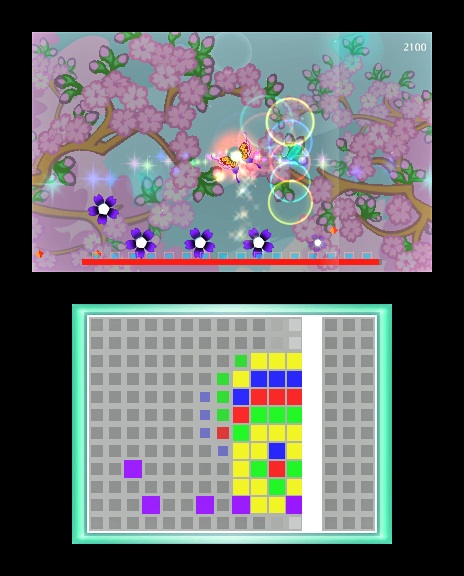 The visuals were not terrible and the music was smooth and enjoyable, but keep in mind I only played the first stage. After 5 deaths I quietly shut my 3DS, pulled out the cart and whispered to myself “Never Again”. Overall I would say Dream Trigger 3D is a victim of the designers trying to cram too many game mechanics into one overall experience.