As a secret minigame hidden within the forgotten racing franchise Project Gotham Racing, Geometry Wars has certainly come a long way. Top selling Xbox Live sequels, handheld spin-offs, studio closures and even a rebranded former publishing giant taking over the reigns. It seems the little shooter that could has seen everything.

Geometry Wars 3: Dimensions (GW3) follows the same premise as always; a twin stick shooter mimicking a Tron-esque light show of fast moving enemies and hectic action. However, you’re no longer bound by a 2D plane as before. In fact, you’ll regularly find yourself moving about 3D landscapes of various shapes and sizes, though the goals remain the same.

By finally updating Geometry Wars to a 3D landscape, Lucid Games (comprised of former Bizarre Creation team members) has opened up the possibilities within Geometry Wars’ gameplay. You’ll need to have your wits about you if you want to avoid all of the characters on screen, and the added difficulty of not exactly knowing what’s around the corner makes for an even more eventful experience, though that does vary depending on which level or game type you choose. 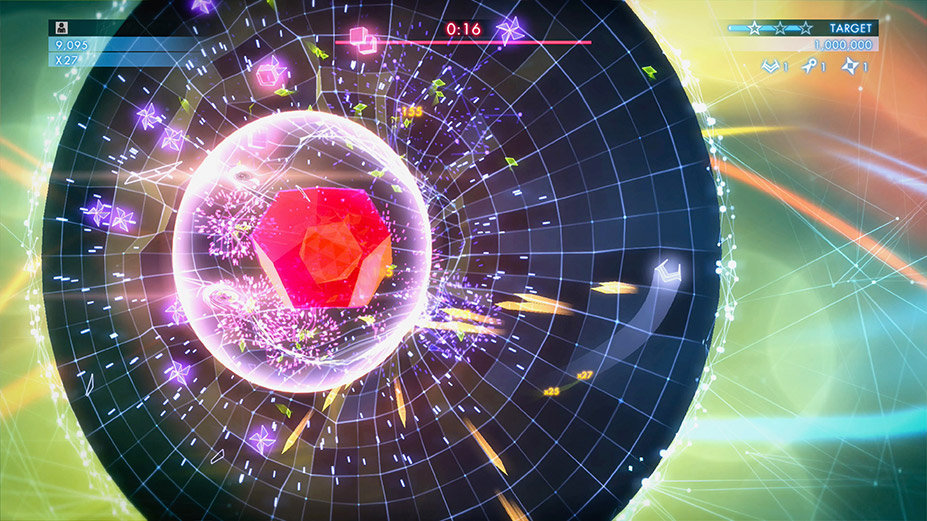 The main story mode has you moving from one level to the next, completing certain objectives whilst surviving and putting up a high score. Every few rounds, you’ll come across challenging boss fights, or be introduced to a new gameplay type, essentially teaching you all there is to know about the game and its modes. It didn’t take long for me to figure out which modes I enjoyed the most, which gravitated me towards them once the story was done.

Co-op has always been an asked for inclusion by fans, so it comes as no surprise that it makes its presence known here as well. It’s not just thrown in for fun either. An entirely separate co-op campaign is now available with challenging modes of play perfectly setup to take advantage of the extra mayhem that comes with a couch (or online) companion. It’s a definite highlight.

I’m gonna break rank here for a minute. I love Geometry Wars. I have for a while. I’ve played many of its iterations, and even gave the iOS version a shot some time ago. When I first heard that Geometry Wars 3 was headed our way, I was immensely excited to have it back in the spotlight, and I’m very glad that it’s back. But there was a little part of me that felt … weird. 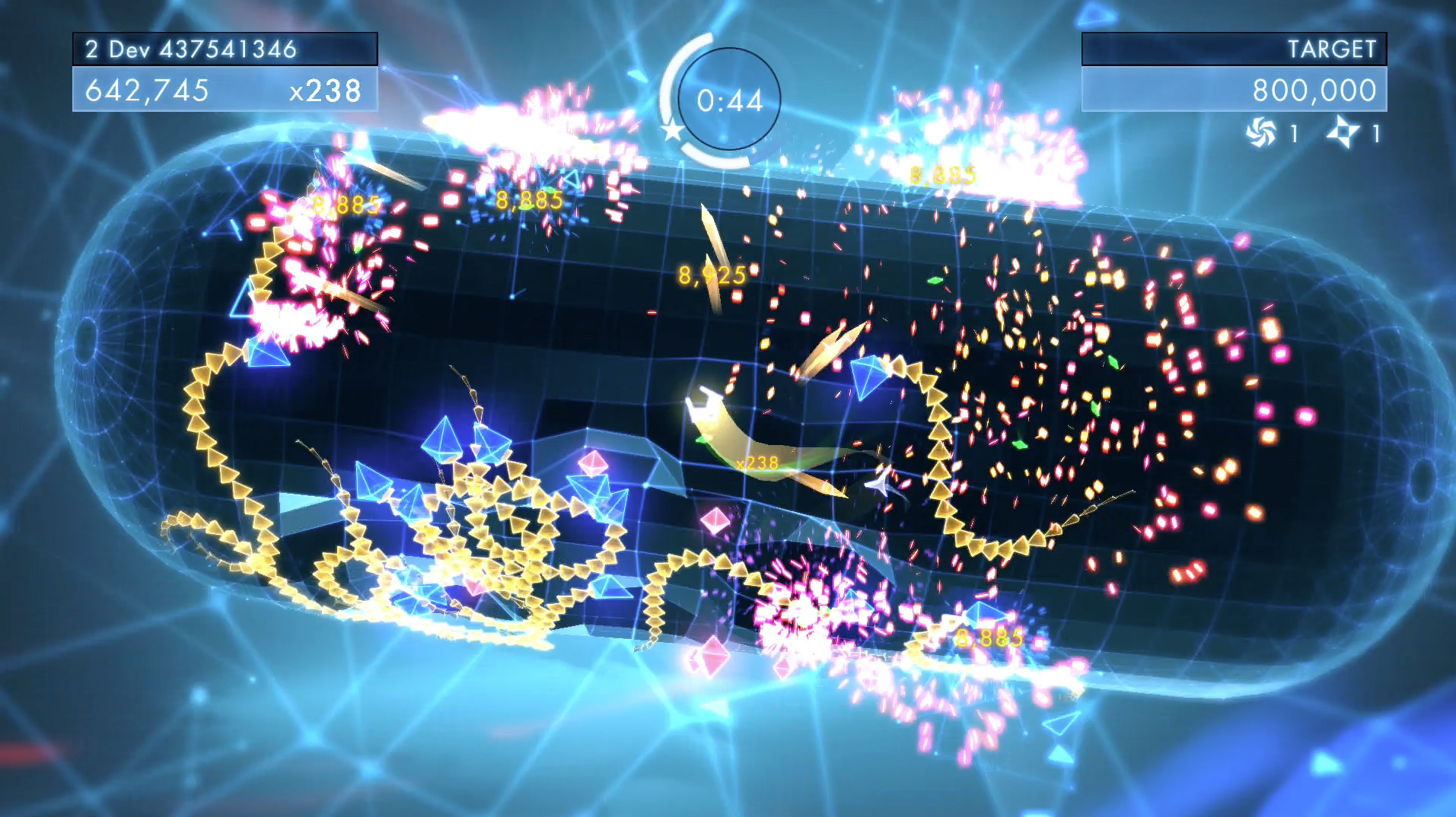 Yes, it’s a great game, I’m going to rate this one highly, but something felt wrong. Geometry Wars 3 didn’t quite have the same magic the originals had, and it’s largely due to the fact that there isn’t really anything new here. Multiplayer is a welcome addition, and the 3D worlds are fun, but that’s not entirely new in and of itself. Since Geometry Wars debuted, the likes of Super Stardust and Nano Assault Neo have come along and are just as good, and in some ways, they may be even better.

My point is, Geometry Wars 3 is an entertaining shooter that continues the tradition set by its predecessors, but it doesn’t really raise the bar in a big way. That’s both a complaint and a compliment, in that Lucid Games hasn’t forgotten what made the original so good, but they haven’t put enough in to really make it stand out from a growing pack of competitors.

Geometry Wars 3: Dimensions is a colourful and fun addition to the series. There’s plenty of content, with some new and some returning favourites. Ultimately, however, there isn’t anything major that sets it apart. The good news is that Geometry Wars is back and in good form. Hopefully, that means more sequels in the future that will dive deeper into the imagination of Lucid Games to bring out its ultimate best. Geometry Wars 3: Dimensions gets an 8 out of 10.