Gravity Ghost – the Save Game review

Indie developer Ivy games describes their latest offering as “hours of blissing out to buttery-smooth gravity goodness”. Although their description could be intentionally ambiguous, I believe it does the game a disservice, as there’s a lot more to it than just trying to grapple gravity.Developed by Ivy Games, a small indie studio based in Phoenix, Arizona, Gravity Ghost is a stirring tale of cosmic catharsis dealing with the loss of loved ones with some much welcomed levity throughout. Despite the gameplay lacking in any real difficulty, the most challenging part of this game is its poignant exploration of the afterlife.

You play as young girl called Iona who has passed away due to untold circumstances. She has now found herself on a planetary pilgrimage to find her missing companion; Voy the fox. This ethereal amalgamation of space and the afterlife that Iona explores is depicted with childlike vibrancy. Visible brushstrokes give the game rustic warmth, while whimsical character and planet designs do a good job of alleviating the more somber narrative themes the game has to offer. Warm synth sounds and disjointed drumbeats compliment the intriguing take on the cosmos that’s impeccably scored by Ben Prunty, acclaimed composer for Faster Than Light. 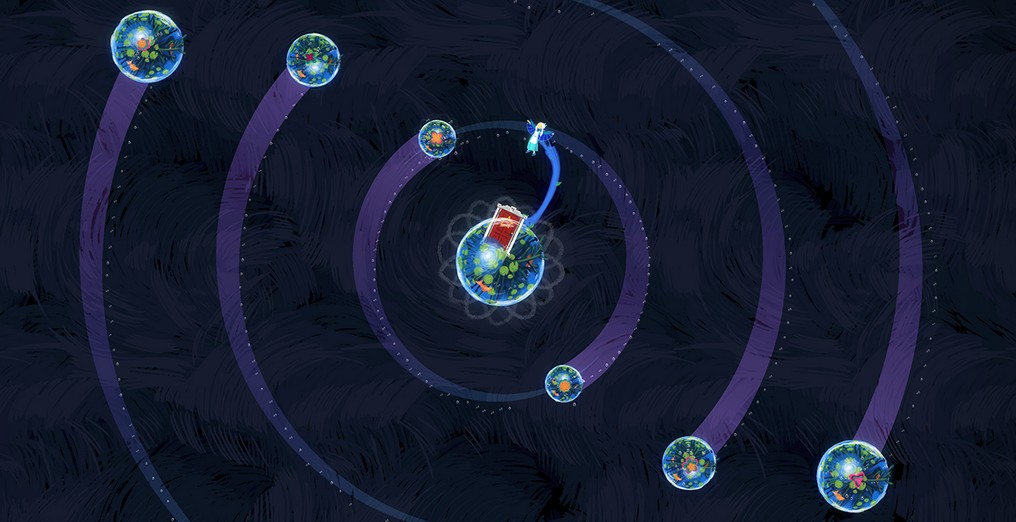 In order to discover what happened to Iona and the whereabouts of her furry friend, you must travel to constellations that are shaped like animals such as a rabbit or a deer. You traverse from planet to planet within these constellations, collecting stars that eventually illuminate the constellation. The completion of this task results in you meeting a guardian that is a physical incarnation of the constellation’s shape. Collecting enough stars will allow you to unlock the next constellation, and get you one step closer to finding Voy. As there’s no way to die in the game, your only real obstacle is being hindered by the omnipotent gravity that makes navigating around these tiny planets quite a challenging task.

As a result of not being able to die, the game invites you to jump off planetoids and let gravity take you orbiting haphazardly around the level. While you attempt to combat gravity, you’ll either be pulled in by a planetoid and land on its surface, come across animal’s souls that need to be reunited with their skeletons (it’s not as morbid as it sounds), or collect flowers that extend the length of your hair. The longer your hair, the more animal spirits you can carry at one time. By collecting elements like fire and water, you’ll also be able to terraform the planets, giving each their own unique gravitational benefits. For example, fire infused planets help you jump higher, while air filled planets will pinball you around the level with dissonant velocity. Unfortunately, terraforming is an underutilized ability that won’t be used much apart from occasionally aiding in the collection of stars. 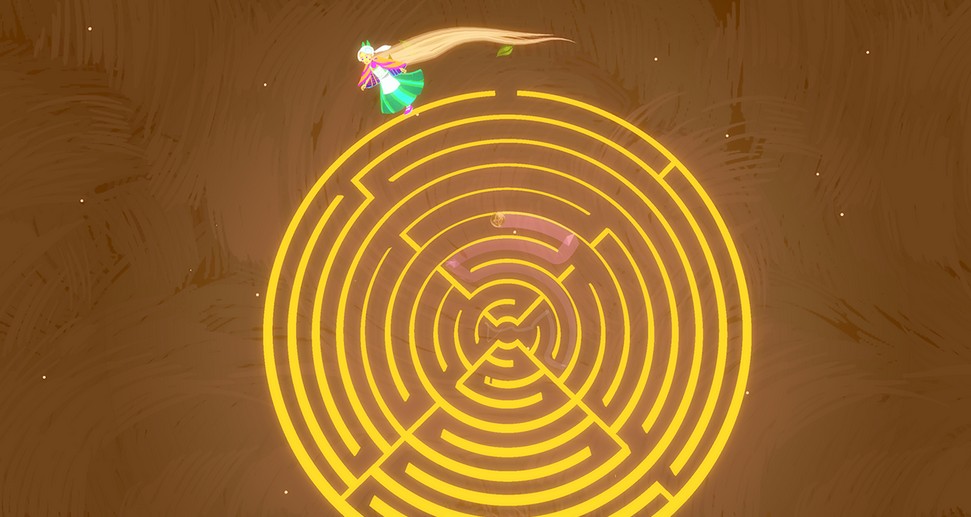 Along with terraforming, Iona earns unique abilities that make combating gravity a little easier. Individual abilities are unlocked at every constellation, and include abilities such as air jumping and hovering, which allows Iona’s movements to be more precise. One thing you’ll immediately notice with Gravity Ghost is that controlling how Iona orbits can be immensely frustrating at times, with the abilities only offering a marginal improvement.  Just when you think you’ve finally mastered the controls, you’ll somehow send Iona hurdling in the wrong direction as you ponder what you just did wrong. This lack of control may be intentional, as you are playing the role of a young girl trying to come to terms with her situation. However, the frustrating controls also made me feel like I was never improving, which for me, impaired the game’s sense of progression.

Ultimately, these are minor gripes with what was a highly enjoyable experience. It’s easy to forgive the game’s easy puzzles and repetitious gameplay as it does a phenomenal job in creating a stunning world that rewards you with memorable encounters and a thoughtful narrative. The game is all about creating a mood and atmosphere you can lose yourself in. If you want to fly aimlessly around a planet as your colourful wisps of hair entangle everything in its path, the game isn’t going to punish you for it. Although enjoyable, my only major gripe with the game is its price. At $20 AUD, it’s hard to justify the price tag of what is only a couple of hours of gameplay. However, I would recommend this game to those who want a break from being punished for their in game actions, and instead are looking for a rich story and world in which they can explore. I give Gravity Ghost a 7 out of 10.