Hitman: Absolution – Welcome Back 47. You were sorely missed. 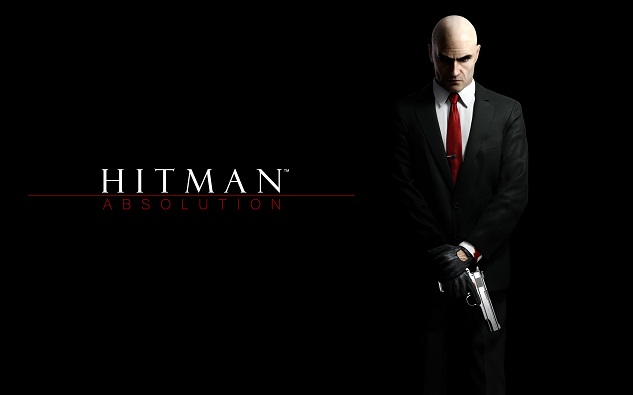 I’ve been a fan of Hitman and Agent 47 since the first game on PC and the subsequent releases on the PS2 and 360.  I enjoyed the freedom the game allowed within the game to achieve your goals as you see fit.  But I’ll be the first to admit, the stories were rather bare and at times the rather clunky controls a frustrating experience.  But you just couldn’t argue with a game that offered you so many ways to do things, especially when you could do them in style.  Absolution, however, merges that freedom of choice with a fairly amazing story and manages to improve on the Hitman formula of years past.  It breathed new life into a series long dormant.

First, there is a distinct difference in gameplay.  Gone are the clunkier controls and problematic elements associated with melee attacks and gunplay.  Instead, there is a system that is rather fluid and simple to use.  There’s the usual dual trigger set up for aiming down the sights of a gun shooting and it equals most over the shoulder shooters on the market.   There is also the Point Shooting mode, which freezes time as long as the Instinct metre has any instinct left (instinct is simply gained by hiding or completing objectives). It’s a useful mode if you aren’t a perfectionist and get surrounded.  I still wouldn’t recommend it, since 47 isn’t an invincible super soldier.  Unlike many shooters, an all out fire fight will not be easily won.  But then that isn’t the real point of the series, even if the games allow you that choice.  This is a series of stealth: either through shadow or by hiding in plain sight.  Entering and exiting sneak mode is easy, just push the right thumbstick down to toggle the mode.  Or you can find disguise by taking out enemies/civilians or just found in the world.  While you can’t hide in plain sight as easily as past games in this franchise, it is still possible if you know how to use crowds to break line of sight.  But sometimes there just might be a pesky civilian in the way or a stubborn guard that needs to be taken out.  Simple, choke, pacify, or kill sneaking up and remaining undetected.  All melee or sneak attacks are triggered by the X button; only your state of detection determining if the attack will be a silent kill or pacification or initiate a brawl. 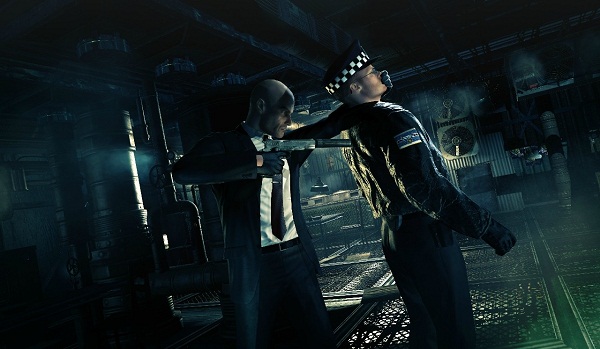 Now, there is a little flaw in the system from time to time.  If the angles are just right, the game will instead initiate a quick time event to subdue the enemy instead of silently eliminate them.  This can be annoying, since it will alert any nearby enemies.  It isn’t prevalent, but it is an issue.

And speaking of issues, the spotting system isn’t quite perfect either.  While donning a disguise is relatively easy, the AI’s spotting capability can be almost godlike at times and the disguise can be rendered useless quickly, especially at higher difficulties when Instinct is depleted quite easily.  Also, trying to clear an area of enemies through sniping is often frustrating because of this… you could be clear across the map and hidden from everyone’s view, but if any enemy can see your target, they will instantly become a savant and suddenly the trajectory of the bullet immediately leads back to you and you are spotted.  It’s a pain and not realistic in any sense.  While spotting an intruder in disguise can at least be waved away with a small explanation, being spotted from a secure sniper’s location is not.  But, Square Enix is apparently working on a patch to at least the disguise system.  Whether that fixes the godlike spotting all around or just shores up 47’s ability to hide in plain sight remains to be seen.

But those are minor issues is a great mechanical structure.  The true greatness of this system isn’t the control mechanics, however; it is the absolute freedom the game allows you on how to accomplish your goals.  Do you wish to sneak around and go unseen?  You bet!  Do you wish to simply run in guns a blazing?  Have at it!  Do you wish to steal a disguise and try to waltz by in plain sight?  Enjoy!  Then… there are the hits.  All those options above still exist, but you are then offered various environmental kills that every mission not only has insane replay ability, but immense satisfaction in executing the various methods.  I mean… who wouldn’t want to make an entire gas station explode and take out two targets in one fell swoop?!  Add this in with a bunch of challenges and a variety of weapons littered all over tied to completing missions in certain ways and you have a game that can easily monopolise your time. 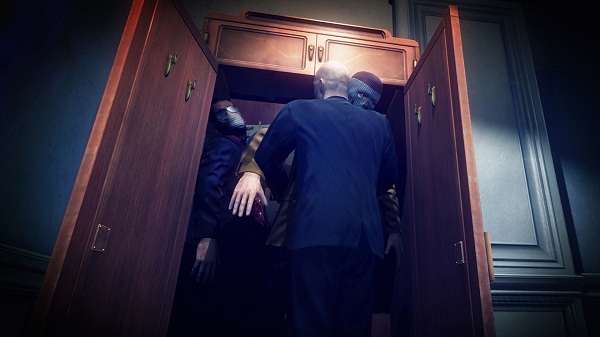 Of course, as I said above, Absolution not only managed to polish the gameplay from previous entries, but it ended up adding a story that is engaging and filled with some of the most over the top villains that are enjoyable to kill and mangle in so many ways.  From the moment the game starts up, you are hit with the story.  Not only is there a standard pre menu cutscene, but even the menu’s have a nice little voice over to set the tone for the story.  The game manages to balance the story with the gameplay, evident from the tutorial all the way through the environmental dialogue 47 will come across if you sneak quietly through the stages.  There is no letting up on either front… there are no long stretches of pure exposition or similar absences of story and characterisation.  The game’s pace is almost perfect.  And I found the journey extremely satisfying.  Especially getting to eliminate the diverse and often unsavoury cast of villains the game will throw at you.

But, this wouldn’t be a real review if I didn’t mention the little mode called Contracts… as it stands right now, any mission played in the game can be played through again and through marking up to three targets with Y, the player can create a contract for other players to play.  It is engrossing and extremely challenging.  You can’t simply pick contracts and situations arbitrarily.  You must actually play through the level, and the contract mirrors exactly how you play.  If you go in guns of blazing, then there are almost no optional objectives that must be completed.  However, if you sneak in, go undetected, and execute each target in specific ways then the contract will reflect that.  This doesn’t mean players are bound by those limitations however.  They can complete any way they wish still; it just means that the maximum bonus will not be awarded to those players if they do not complete the objectives as completed by the contract creator.  I have played a few contracts from time to time, but I am so addicted to creating contracts and challenging myself and others by trying to make the objectives difficult yet rewarding.  This mode alone is almost a game unto itself.

This has been the year of disappointments for franchises and me.  So I almost passed on this game, sure it would be just another in a line of franchises finding a way to screw up.  I am grateful I gave Hitman a chance.   Instead of a disappointment or just missing out on a great game, I was rewarded by one of the most pleasantly surprising experiences in gaming this year.  It’s welcome return to a series gone for a half dozen years and one that managed to actually improve the franchise instead of diminishing it.  It is an amazing game.