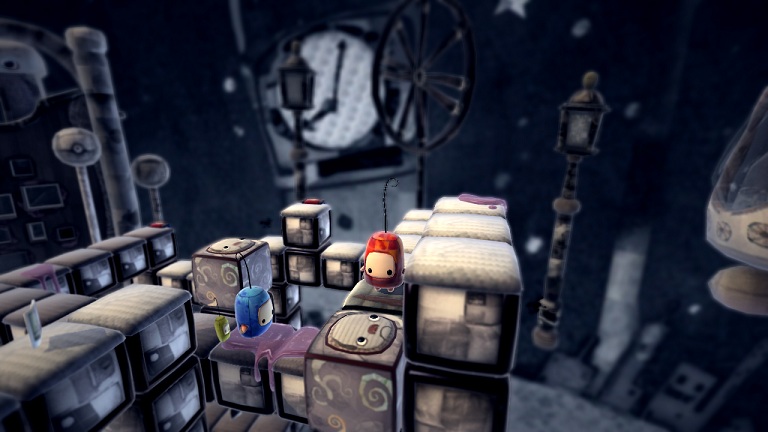 ilomilo, by Swedish developers Southend Interactive is a 3D puzzle game with one main objective: to reunite two friends (ilo and milo and yes, both are uncapitalized) that continually get separated. You switch between the two characters and move them about on a surface made up of cubes, using assists such as arrows and animals and rotating blocks that allow you to defy gravity and traipse around the surfaces.

The game feels like it sprung up fully formed from a children’s storybook. Plushie snakes and winged creatures roam around the universe, and each chapter has a different theme designed to evoke long-forgotten childhood imaginings. The soundtrack is pleasant, reminiscent of Yann Tiersen compositions, and make you want to hum or tap your foot to the rhythm. Poetic, silly tidbits about characters in the game appear as the levels load. ilo and milo themselves are adorable with their big, black-button eyes and stubby limbs; whenever they are reunited, they bounce and wiggle in a little happy dance. This game redefines the word, ‘adorable.’ 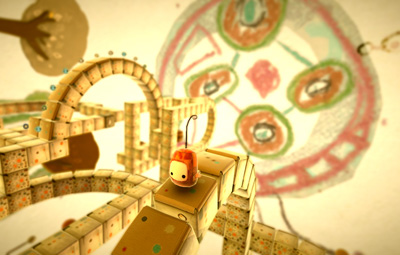 These charming aspects make the game appear deceptively simplistic, and the relatively easy puzzles help with the initial impression. With each subsequent chapter, however, the difficulty level gets jacked up exponentially. I have rage-quit more times than I can count, and I often imagined the developers dastardly laughing as they planned out those complicated puzzles designed to screw around with gamers such as myself. It doesn’t help that to reunite the pair of friends, they need to be facing each other on the same plane; ilo could be on one side of a cube, and milo literally on the perpendicular surface, looking down at him, and I would wonder why the hell Ilo couldn’t simply pivot his stubby foot and look up. Then I would backtrack for several more minutes wondering where the hell I went wrong. The game does provide hints, but these are only very slightly helpful at best, and utterly useless at worse. So, if you’re looking for challenging puzzles, ilomilo will certainly satiate; while often infuriating, the puzzles are not impossible to complete.

Little collectibles, such as photos, stories, and records, provide a secondary motive to roam around the puzzles. When you obtain these you can then view your collection in the main menu. There are also some side-stories within this puzzle game, and that is where ilomilo quietly tiptoes out of its whimsical shell and reveals a more mature, melancholy nature before jumping back into the toy box world. One such story is of two analogous characters named Milton and Ilona, who, like their plushie counterparts, are separated by unknown forces; their struggle is revealed via photo pieces and bits of correspondence. There are also three safkas—little sentient plushies with no limbs, half the size of ilo and milo—to collect in each puzzle, and collecting all the safkas in one chapter unlocks bonus levels that are designed to test gamers (or perhaps drive them crazy). 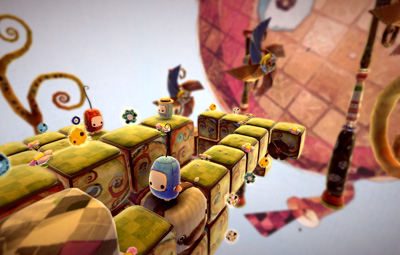 If you’re curious about the game, ilomilo does have a demo to try out, though the avatar bonuses alone are worth almost half the 800 MSP value; including all the puzzles you get to complete, the game is a steal. Although the game is frustrating, the fun I had with this game more than made up for it. Ilomilo is something you should definitely purchase if you’re a fan of either puzzles or adorable things.