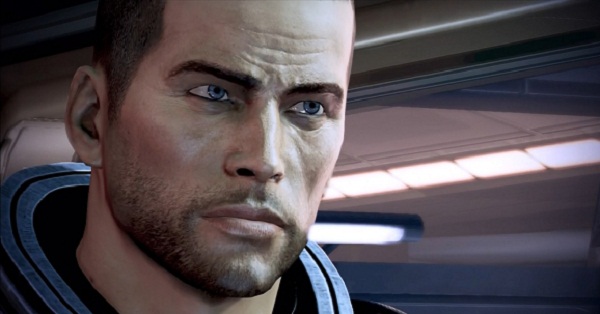 I’ll get right to it. Mass Effect 3 is an incredible game. As a fan who has been looking forward to the third installment since 2007, I was blown away by the story, character development, and emotional impact it had on me. Past choices carried weight, and old friends felt familiar and well-rounded. New characters were seamlessly integrated, and even side characters and bystanders had compelling stories the player could overhear along the way. Add to all of it a rich, moving soundtrack, engaging gameplay, and creative levels and you have an experience of which Bioware should be amazingly proud.

This is not to say the game is perfect. It’s not. Yet the couple of issues I encountered along the way weren’t detrimental to my enjoyment of the game.   For example the journal is absolutely useless, amounting mostly to letting you know that somewhere in this vast world there is something that you need to find in order to give it to someone somewhere. Scanning planets is far more exciting in Mass Effect 3, but still feels a little arbitrary when it comes to the main storyline. While essential for acquiring war assets, it still seems like a mini-game somewhat removed from everything else.

Also, cover in combat is still an issue and has been for me since the first game. I question the wisdom of mapping sprint, roll, activate and cover to the same key or button on the controller as this usually resulted in rolling directly into a line of fire, accidentally activating something when meaning to get into cover, accidentally getting into cover or rolling around when trying to activate something, and overall watching Shepard just kind of make an ass out of himself. There is certainly a degree of adjustment as you get used to the controls, but the kinks never really work themselves out.

My chief complaints are few, and for every one of them I have ten good things to say about the game, starting with the combat.   The sound and feel of all the weapons has gotten an impressive upgrade and the plethora of guns from which to choose made me positively giddy. Add to that a fun customization option for all the weapons and I was in heaven. Special abilities, powers and class specific melee attacks are all satisfying, particularly when Commander Shepard lets out a guttural war cry when doing so. I’m not going to lie, sometimes I used my omni-blade on thin air just to hear him growl. Powers pack more of a punch than in previous games and biotics actually sound like they’re really hitting an enemy. The skill trees are more complex than the almost nonexistent ones in Mass Effect 2, which allows a more personalized feel to the player’s Shepard.

As for personalization, a personal story has always been the lynchpin of the Mass Effect series for me. It is the reason that many players picked up the game to begin with. And while the gameplay, combat, and rich customization elements are all great, they are not the reason I play Mass Effect. As much as I cringe to use the term “emotionally engaging” (the buzz phrase Bioware has latched onto and overused for years) it is very true of the series.

Most of my emotional engagement comes from the characters within the world. Bioware has created some complex, layered, flawed and beautiful individuals. Each of the main characters, including Commander Shepard, has a depth and reality that makes them relatable and interesting. I myself have grown very attached to most of them. I care about them almost as if they were real people, and they seem like old friends. I wanted to see justice done to their characters, and for the most part Bioware delivered on this. There were a couple of instances where I felt the dialogue and story had been cut from certain scenes, but then even with all the time spent on the personal stories, I am always left wanting more. I could probably play an entire game of just hanging out with Garrus on the Citadel, exploring an amazingly written romance with Ashley, or talking all that adorable geeky stuff with Liara. The characters are the reason I care about the story, the reason I want to see Commander Shepard triumphant in the defeat of the Reapers.

Mass Effect 3 is the best kind of emotional rollercoaster. I went from crying to laughing in the same scenes and vice versa. I had chest achingly painful anxiety and worry followed by intense relief. I suffered heartbreak and swelled with heart warmth, and I will never be able to look at another seashell without tearing up. It’s hard to believe that the end of the story is truly the end of the story (and I suspect that it is not), and while many players hated the ending of the game, I find myself conflicted; wavering back and forth about whether it was brilliant and misunderstood,  or lazy and deserving of the volatile dissent of many fans. Either way, it certainly left an impression.

If this review were 5,000 words long I still wouldn’t be able to say everything I need to say about Mass Effect 3. Suffice it to say that the experience has been a beautiful one, and one I won’t soon forget.