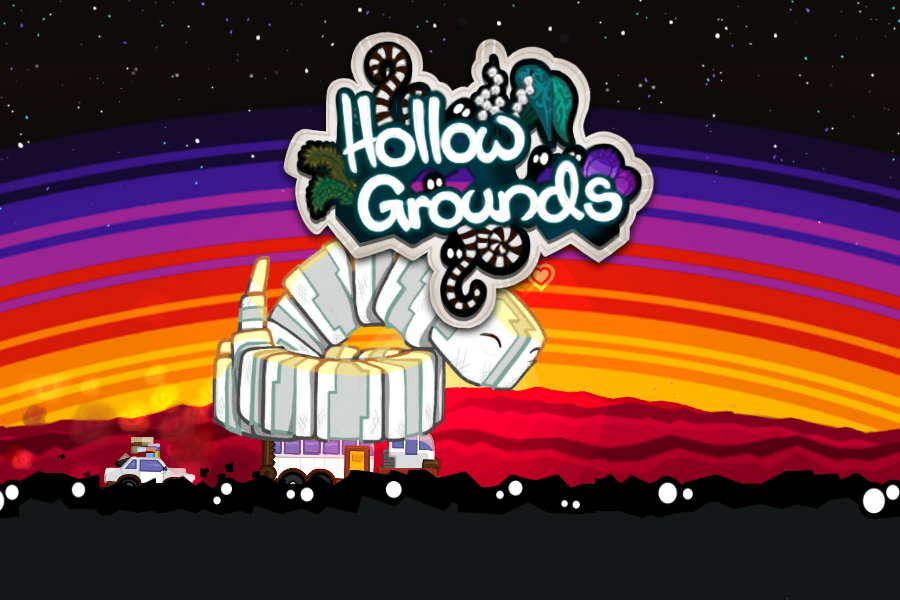 Looking for a new adorable mobile game to kill some time on your commute?  Then Full Color Planet offers up Hollow Grounds, a delightful, colorful little iOS title.

The game opens with Ella, a perky little planet expounding on her love for all the creatures that live on her surface.  Her favorite of these is a little cartographer named Piri, who has managed to map all of Ella’s surface beautifully.  But Ella has a lot of caves and underground parts, so she asked Piri to map those too with her help.  Happy to oblige, Piri sets off to do so and the result is a fun foray into motion sensitive gaming. 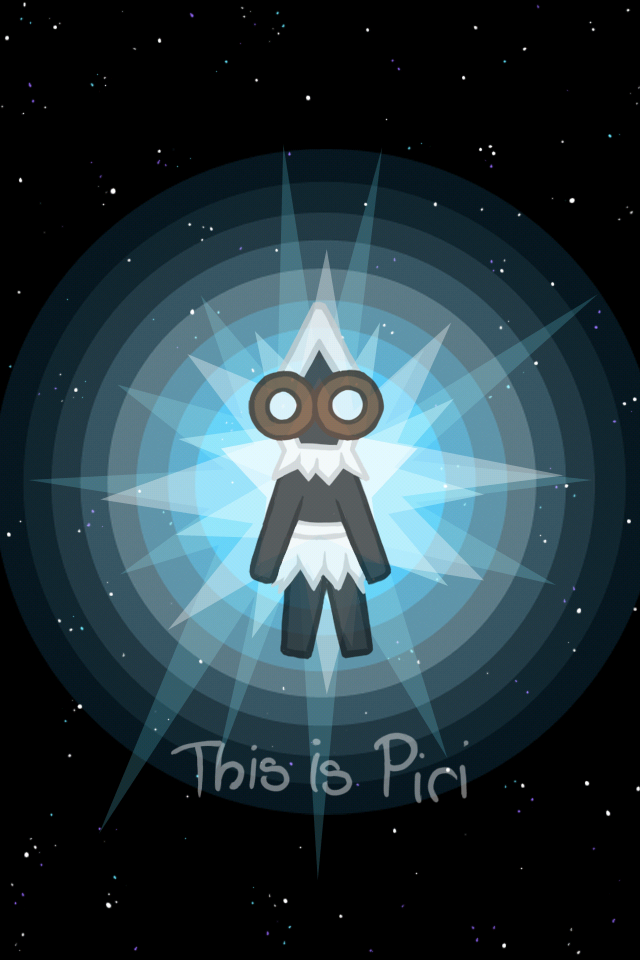 Firstly, as with most mobile games I was already sold with how cute it was.  I mean look at that little guy up there.  Just look at him with his big eyes and his… beard?  Is that a beard?  Irrelevant.  In any case, the whole game immediately made me smile.

I decided to play Hollow Grounds on my commute one morning, which I’m thinking now was a mistake.  The game involves turning your iPhone 360 degrees while trying to steer little Piri through the jagged inner tunnels of the planet.  While this is fine for most people, my commute tends to be crowded and I am admittedly a bit of a spaz.  In my efforts to keep Piri gliding gracefully through his freefall I elbowed the gentleman next to me and dropped my phone in my lap twice.  If you’re like me, you might want to play this game sitting down and a respectable distance away from anyone you could flail into.  If you’re a normal person, you’ll be fine playing this on a crowded train.

But you should play it.

Hollow Grounds is a game that’s easy to play but difficult to master.  The levels get increasingly more serpentine and challenging as you try to collect stars and special items and keep poor Piri from slamming into the walls.  There is a whimsical soundtrack to the game, and happy music that stops abruptly should Piri get the worst of it and tumble into a jagged edge.  I found that amusing. 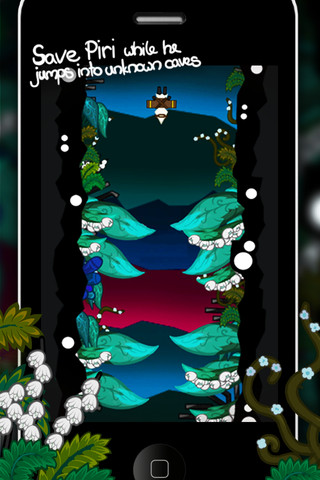 The controls are simple in that the only requirement from the player is moving the phone and steering him to safety.  They are responsive and satisfying and easy to manipulate.  And did I mention Hollow Grounds is delightfully colorful?  I’ve been playing it in many of my spare moments (except for those crowded train ones or situations where I can drop and break my phone).

I’m giving Hollow Grounds an 8 out of 10, and you can purchase it from the iTunes app store on your phone for $1.99 (there is also a lite version that’s free).  Happy cartographing!…That’s a word, right?