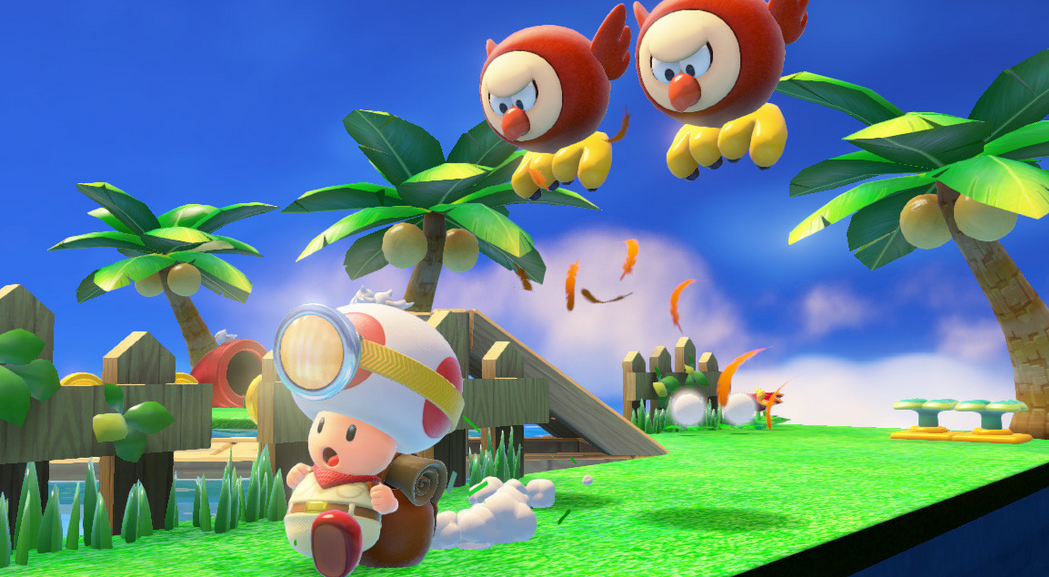 Ah, Toad. The butt of many jokes for all those years, the little guys that followed Princess Peach around everywhere before crying in disbelief (again and again) as she was whisked away by Bowser, helpless and unsure of what to do next. Let’s be honest, they were never considered true heroes in the same vein as Mario or Yoshi, aside from a few cameos in Mario Bros. 2 or Mario Kart.

But now we have Captain Toad, fearless explorer and excavator of all things stars and coins. You may remember the good Captain from his earlier appearances in both the Super Mario Galaxy series and the more recent Super Mario 3D World. It was in that game in particular that we got a true taste of his gaming antics, with small but highly enjoyable puzzles breaking up the platforming action.

Back then I thought ‘gee, Nintendo wouldn’t go wrong if they turned this into its own thing’, and for once Nintendo were listening … though I hope it isn’t because they read my thoughts. Wait … hey, Nintendo! F-Zero already! … Wait, where was I? Right, it’s time to track down that treasure!

Captain Toad: Treasure Tracker is as the name states, but if you haven’t played Super Mario 3D World just yet, here’s a quick breakdown. You play as the aforementioned hero in a series of isometric/quasi-top down puzzle levels which you can move and turn with a flick of either the analog stick or the touch screen of your Gamepad. Doing so reveals secret or hidden areas within that puzzle, or just the general path ahead to the next area, doorway or puzzle. The aim is to simply reach the Star at the end, collecting bonus stars or achieving specific goals to complete the game 100%.

There is a smidgen of a story to be had, if you need one. The very first level begins as you watch in ‘horror’ as Toadette gets kidnapped (or is it Toadnapped?) accidentally by a giant bird, who really just wants that star. Toad ventures forth to save Toadette and bring her and the star home. You’ll be forgiven for thinking that’s rather cliched, but there’s a point during the game where it gets turned on its head and it all becomes perfectly clear.

In your path are a myriad of classic Mario universe villains, from Shy Guys to Goombas and Piranha Plants, but it’s the puzzle aspect itself that takes centre stage. Certain paths seem blocked from one angle but are as clear as day from another, leading you to interactive levers and platforms that guide Toad to his intended destination.

The controls are as simple as can be, the gameplay short but sharp within each level, and there’s very little difficulty even for a novice player across most of Captain Toad’s gameplay. This is a game for every age group after all, but dig a little deeper and you’ll find a rewarding experience that doesn’t fail to surprise or entertain.

You may be tricked into believing the experience to be a little too short. But there lies Captain Toad’s greatest strength, where instead of bombarding you with everything Nintendo could think of, it instead gently pulls you into a fun experience that doesn’t overstay its welcome nor overdoes its neat tricks.

There’s also the perfect opportunity for additional maps and modes down the track too, such is its pedigree as a puzzle title. Word from the grapevine is that the upcoming Toad Amiibo will unlock an extra 8-bit Toad icon to every level that you’ll have to hunt down, but here’s hoping for further puzzle packs or Amiibo support in the future. I wouldn’t be against that idea at all. 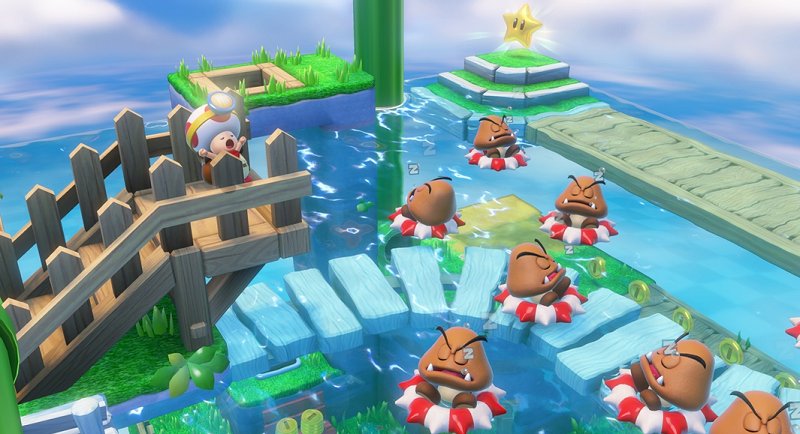 One element that surprised me the most was the addition of Mario 3D World levels, which can be unlocked if the game detects a save file on your WiiU. This then places Captain Toad within hand-picked but slightly edited levels from that game, which, if I’m being honest, is lacking and awkward. You can’t use any standard power-ups, there’s no actual puzzle solving, and some of the levels don’t fit shorter Captain’s pace. It’s nice to have extra content there, but finding the green stars isn’t anywhere near as compelling as the main game.

I can’t help but wonder if Captain Toad would have been better suited as either a download title in the fist place or, better still, a 3DS release. It feels like Nintendo may have had plans to go down that path in the first place, but settled on the WiiU in order to fill a gaping hole in its release schedule. I won’t hold that against them this time since it’s worked rather well, but I hope this doesn’t become a trend, where we suddenly see mini-games from Mario Party become fully fledged titles just for the hell of it.

Thankfully, Captain Toad: Treasure Tracker stays the course to be one of Nintendo’s strongest releases of late. It came out to little fanfare and little expectation, but it left me with that warm fuzzy feeling just like the games of yesteryear. If nothing else, it’s cemented Toad as one of my favourite Nintendo characters, one that’s constantly overshadowed by the bigger names of the stable but deserves a little time in the spotlight. So be it, I say.

Captain Toad: Treasure Tracker scores a 9 out of 10.