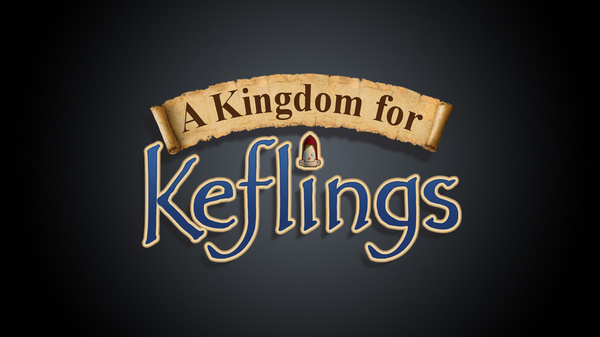 For what seems like the past thousand years I have been having some seriously annoying battles with cold season and allergies.  In this time I’ve also kind of found myself in a gaming rut with little desire to play anything involved.  I decided I needed a game that would be simply pleasant, one that I could float through on a cloud of Nyquil and orange juice.  I found it in A Kingdom for Keflings.

I’d seen the game on the XBox Live marketplace before, but it’s not generally something I’d go for.  Most of the avatar games are simplistic and cute and everything they’re supposed to be, but I like my games more involved and usually bigger and less colorful.  One day as I was in my couch nest, miserable with a sinus headache and cough, barely able to lift my feeble hands from my lap, I decided to peruse the marketplace for something that required roughly one brain cell of my effort (and I’ve already beaten Peggle).

As luck would have it I came across A Kingdom for Keflings.  At 800 MS Points it seemed a paltry price to pay for what I hoped would be a hypnotic, blissful, cute-fest to kill time while I felt like crap.  I had already played the free demo awhile back and found its premise simple enough, so I unlocked the full game and gave it a whirl.

A Kingdom for Keflings has a very easy kind of premise.  Your avatar is a giant in a world with a bunch of little people called Keflings.  They need your help in building their kingdom, and they are more than willing to let you call the shots as you’re very big and strong and probably want what’s best for them.  You are presented with a couple different blueprints and the information on the resources needed to construct the buildings they describe.  That’s it.  Then you go to work. 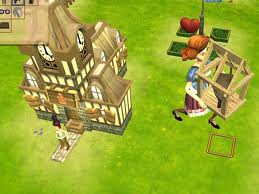 This game is a little bit of Age of Empires and a little bit of Sim City.  Right off the bat you can build a little house, which provides you with two little Keflings that are ready to be assigned a job.  Pick one up and he’ll scream and flail, but only until you put him down in front of a tree line, where he’ll then get the great idea to become a lumberjack.  You’re welcome, little guy.  Pick him up again and take him to the workshop and he’ll know that that’s where he takes the logs he collects.  You can do the same for collecting rocks, crystals, and wool from sheep just as soon as you find the right tools.  All of it serves to help build the kingdom, one small building at a time.

As I sat on my couch, slack-jawed, shaky, snotty, and possibly hallucinating that my cat wanted to kill me I played roughly seven hours straight of A Kingdom for Keflings.  Seven.  Hours.  This marathon was punctuated only by potty breaks and the occasional craving for soup, but I hadn’t even noticed how quickly the time passed.  Granted I was under the influence of a considerable amount of cold medicine, but seven hours?!  How does that even happen when I’m not playing something like Skyrim or Mass Effect? Before I knew it my Keflings had built (with my help) a sprawling kingdom complete with a  decorative wood carver, an artist hut and one of those gypsy camps with a fortune-teller.  I had a Mayor, a saw mill, schools (which made for smarter Keflings), and various other necessities that any young thriving kingdom would need to make itself great.  All of this came with a pleasant, repetitive piece of music that helped bop me along the way without me getting sick of it. 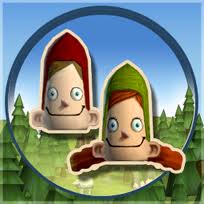 If I haven’t mentioned before, I’m a total sucker for cute things and A Kingdom for Keflings is really one of the most charming little games I’ve played.  The Keflings are friendly and wave to your avatar (if they’re not working) and the only way to populate a house with a couple little guys is to add “Love” to it.  They even have little hats based on their jobs!  You can kick them if you want, for no apparent reason, but why would you want to?  They’re just so darn cute.  All right I’m digressing into squee territory, but you get the idea. If you’re like me and were trapped on your couch for a few days with half your brain at your disposal and limited use of your muscles because of some kind of strange plague going around, I recommend this.  Likewise if you just want a pleasant wash of comforting cuteness.  You won’t be disappointed.