Confessions of a “Casual” Gamer 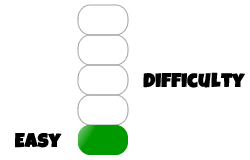 I have a confession.  Oftentimes, when playing a game, for one reason or another I lower the difficulty setting to “easy” or “casual” or “extreme pussy.”  Wow!  What a relief to finally get that off of my chest!  I feel free!  I feel liberated!  I feel you staring at the screen and judging me…

I’m aware of the slight stigma of such a thing, and many of my gamer friends have laughed and pointed and made fun.  They’ve accused me of not being a “real gamer.”  I usually respond to this accusation with “oh, do you get paid more to play on the higher difficulty?” That usually shuts them up.

My preferences for the casual difficulty vary from game to game.  For the most part, I start out with whatever the default difficulty is, usually “normal.”  I go from there.  In some games, like Red Dead Redemption for example I usually end up on the “expert” targeting difficulty, especially in coop modes where I feel it’s unfair to be able to autolock on a person who doesn’t have that same ability.  This is dreadful.  I am dreadful, as both Tash and Elizabeth can attest to.

Long winded, story type, talky as hell games like Mass Effect and Dragon Age usually end up on normal or casual simply because I don’t wanna do that shit over.  I am way too impatient to repeat a conversation, entire cutscene, or boss battle 34 times before I figure it out.  Fuck. That.  Moving on is important to me in that situation.

Then of course there are first person shooters.  I’m not even gonna go there.  There’s a reason I don’t play them much and that is because I am a huge spaz, a total noob, an epic failure.  I usually spend most of my time trying to get unstuck from a corner before accidentally exploding myself with a grenade.

Why do I feel awkward or strange or ashamed admitting this?  Why should I?  The answer, I suppose is that I shouldn’t.  And neither should anyone else.  There has been a long standing assumption I think that the term “gamer” means “good at games.”  Well I disagree.  If you play games, you are a gamer.  If you enjoy playing games, no matter how terrible you are at them, you are a gamer.  Even if you’re gaming technique consists mostly of button mashing and whimpering (and sometimes crying) as you fail at the simplest of tasks, you are a gamer.

And this site is for you.

So be like me.  Play how you want to play, hold your head up high and enjoy your gaming experience in whatever way is best for you.  And even if you’re the guy on your team who keeps getting blasted by headshots, the gal who comes to a dead stop in important car chases by hitting the only obstacle within your field of vision, the over excited squishy who accidentally aggros 35 dungeon beasties in WoW – Be proud!

And when all else fails, at least provide amusing commentary over your headset.