I’ll be honest – one of the games I was most looking forward to seeing at E3 this year was Dragon Age: Inquisition. However, this excitement was mixed with trepidation – whilst Dragon Age: Origins remains one of my favourite video games, Dragon Age 2 never reached the same compelling heights of its predecessor. After viewing the 35 minute E3 presentation of Dragon Age: Inquisition I can excitedly say that this game is bringing the magic of the Dragon Age world back with a vengeance.

“Anywhere you see, you can travel to” stated Mark Darrah, Executive Producer of Dragon Age: Inquisition, at the beginning of the demo. If you’ve seen the world, if you’ve watched any gameplay videos, you’ll know just how impressive these words are, and just how much of a tingle hearing this confirmed brought to me whilst watching. The world of Dragon Age: Inquisition is as expansive as it is beautiful – it’s a world to get lost in, a world to marvel at, and a world to be absolutely enraptured by.

Dragon Age: Inquisition is the biggest Dragon Age game – the area demo’d at E3 alone was larger than the entire play space of Dragon Age: Origins. And what a world it is. Players will be able to explore snow capped mountains, deserts, demon infested bogs and more. Environmental effects are beautifully realised in Dragon Age: Inquisition, and when combined with areas populated with enemies of the human, animal and supernatural variety, they make exploring the world both mesmerising and uniquely challenging. And for those players bored of simply exploring the world on foot, Dragon Age: Inquisition introduces mounts – allowing players to ride a variety of animals as they traverse the Dragon Age world. Both mundane (horses) and exotic (here’s hoping for a mutated giant nug) are available.

The inhabitants of Dragon Age: Inquisition are as dangerous as they are enchanting, and as I saw in the demo, these enemies won’t go down without a fight – you’ll need to use tactics and the strengths of your party members to succeed in battles. Thankfully, the tactical combat view in Dragon Age: Inquisition, accessed by pausing the game whilst in battle, is intuitive and easy to use, and the transition from real time combat to tactical view is seamless. When in the tactical view, the action is paused and the player has time to take in the battlefield and consider their next attack. Enemy strengths and weaknesses are shown, allowing the player to utilise the skills of their party members to best effect. The player can direct their party members to attack certain enemies or move to particular points on the battlefield, and the player can also assume control of any party member at anytime. Switching between characters is simple and quick, and the responsiveness of the tactical combat view makes it an efficient way to dispatch enemies, even for those not familiar with this kind of viewpoint. Outside of the tactical view, combat in real time is visceral, brutal and gets the heart pounding, regardless of what class you choose to play as. During E3, I saw both a Qunari mage and a human rogue in action, and the combat and special moves were as impressive for each.

Choice has always been a focus of Bioware games, and Dragon Age: Inquisition is no exception. Players will have the choice of gender, race and class when beginning a new game, with two voices per gender, four races and three classes available. In addition to player character choice, every location that the player visits in Dragon Age: Inquisition is part of the larger, overarching story, which the player impacts with their actions. In crafting Dragon Age: Inquisition, Bioware doesn’t simply want to tell the player what’s happening in the wider world: they want to demonstrate with visceral brutality the consequences of, for example, the Mage-Templar war. This struggle isn’t simply a journal entry in a tome; it is a real, constant battle affecting the player and their party.

Bioware has taken the importance of player actions a step further in Dragon Age: Inquisition with the introduction of the World Master system, where an area’s population is directly impacted by the player – if a player hunts a particular animal in a particular region for their hide, their numbers will dwindle in that region and they will stop spawning. In a similar vein, as the player spreads their Inquisitor influence, their troops will start to control roads in certain regions, which will likely bring its own rewards. Players are also able to set up new camps and fortify strongholds.

Another new addition to Dragon Age: Inquisition is the War Table – a tool by which the player commands their forces, spies and agents and where power earned by the player upon completing various objectives can be spent. The War Table lets players pursue objectives, uncover new locations and forage for rare resources. In using the War Table, the player decides where the story goes. Dragon Age: Inquisition features branching choices which result in exclusive content that affects the remainder of the game.

Characters are another area where Bioware excel, and in Dragon Age: Inquisition, you are a leader of leaders. Your party members all command respect and are each considered specialists and leaders in their own right. As an example, Iron Bull is the commander of his own mercenary company, and Vivienne was the First Enchanter of the Circle of Magi. The cast of Dragon Age: Inquisition is the largest seen in a Dragon Age title to date, and includes new characters in addition to returning favourites. All up, there will be nine party members and three specialists. Characters will interact with both the player and other party members, and Bioware revealed through their demo that the party banter that was so popular in the first two games makes a welcome re-appearance in Dragon Age: Inquisition. In addition to reacting to what you say to them, party members will also react to your actions – if, by your decisions, a party member is harmed, your relationship with them will be impacted as a result. Taking a specific party member with you during events in game will also lead to unique dialogue, meaning who you have in your party can affect the story.

In everything they showcased at E3, Bioware demonstrated they have learnt from both Dragon Age: Origins and Dragon Age 2. They have combined the strengths of both games and listened to feedback regarding what players liked, incorporating elements that worked and removing aspects that detracted from the player experience. I began this impressions article discussing the disappointment I felt with Dragon Age 2, and whilst Dragon Age 2 may have wandered off the path of emotional, strong, intuitive storytelling and gameplay that Bioware is known for, Dragon Age: Inquisition not only returns to that path, it forges its own path, taking the player along for the ride atop a fire-breathing dragon with a fiesty, red-headed Orlesian rogue riding shotgun beside them.

The magic is well and truly back. 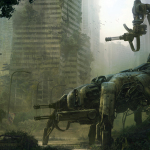