During the EB Games Expo I was lucky enough to sample a wide variety of games from a number of publishers and developers. There were dozens of booths at the Expo, with the big hitters of the games industry showcasing their currently released and upcoming titles. I took individual tours of many of the booths featured at the Expo, in an effort to spotlight the games on display and showcase each of the big presences at the Expo. The first of these features has a bittersweet tinge to it, with the recent announcement that THQ Asia Pacific has closed its doors. However, THQ brought their A-game to the Expo, showcasing an amazing line-up of games, each of which deserves a mention in their own right. 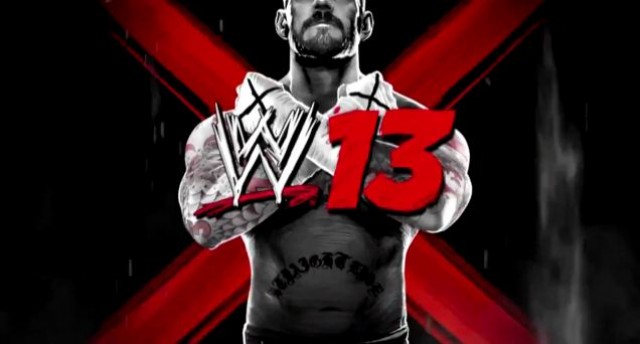 A special demo which was not publically released was loaded up on two Xbox360’s, showing the new Predator 2.0 combat engine to full effect. This engine has been updated and improved upon from previous WWE games to allow for over 300 new moves, new animations and fixes to odd looking transitions and moves. The contextual animation system has been refined to allow for the games new signature offering – Spectacular Moments – which will, for the first time, make environmental moves like catching finishers, ring breaks and barricade breaks to be able to be performed.

Also on display were reverse moves – which, thanks to the Predator 2.0 Engine allowing for quicker moves – enables players to counter bolck and counter attack if they are quick to press the right trigger at the right time.

WWE 13 will reease on the PS3 and Xbox360 on October 30 in North America, November 1 in Australia, and November 2 in the UK. 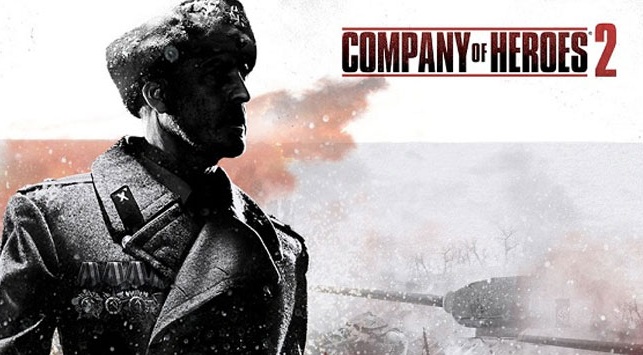 Company of Heroes 2 was playable for the first time in Australia during the Expo, and with the amount of people lining up for hands on time with it, it seems RTS games are still very popular. Company of Heroes itself is the highest rated RTS game in its genre, and sequel to the critically acclaimed Company of Heroes which originally released in 2006.

The game will be set in World War II but instead of focusing on American-led and American-fought campaigns as most WWII centred games do, Company of Heroes 2 will focus on the Eastern Front. The playable forces here will be the Russians as they fight against the Germans. All of the battles are based on real-life events, some of which have very colourful names such as the meatgrinder, where thousands upon thousands of soldiers died in service to their country.

One of the features of the game that both THQ and Relic Entertainment are especially proud of is the fact that everything is set in the freezing cold areas of Russia, which means that your men can freeze to death if you don’t move to a fire quickly enough. And yes – you can watch them die a slow, horrible death as they are exposed to the harsh elements.

The inclusion of the weather element menas that there is strategy on top of strategy – now you will also have to factor in the climate and weather in addition to your military and battle strategy. The cold weather can not just hinder you, however – you can also use it to your favor. For example – coming across a frozen lake many mean you are able to use it as a shortcut to transport your troops and tanks across. If you believe that it’s around the time for the ice to be breaking up, you can lure your enemies to it in the hopes that the ice will crack and they will fall through to their deaths. Relic Entertainment has tried to introduce an intricate weather mechanic to Company of Heroes 2, adding another layer of strategy which must be kept in mind as players tackle the battles and campaigns. It’s a unique inclusion to the game, and one which I’m interested in seeing in action when the game reases on PC in early 2013.

Darksiders II on Wii U 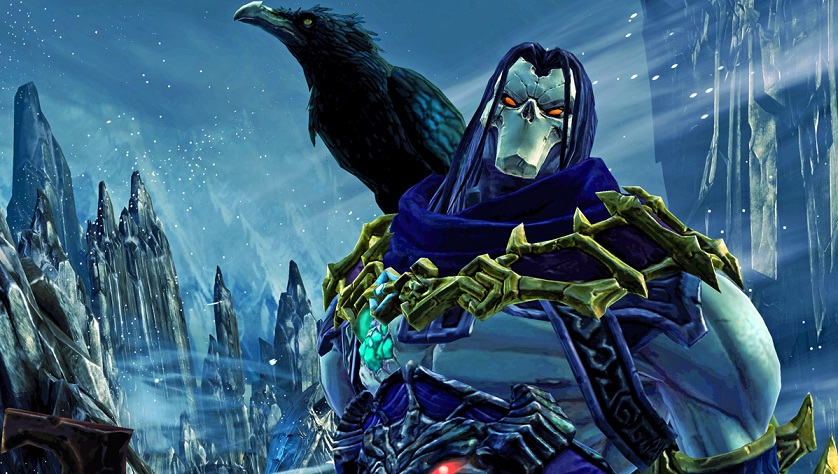 It’s no secret that I’m a fan of Darksiders II – I scored the game a 9 out of 10 when reviewing it when it released several months ago. Hearing that it will be coming to the Wii U is providing me with one of the major reasons to invest in the console – and I haven’t owned a Nintendo console since the Nintendo 64 era.

The game pad included in the design of the Wii U is providing unique opportunities to experience the gameplay of Darksiders II – shunt the game pad forward and Death rolls forward; players can now access and look at their inventory on the game pad without having to bring it up on the main screen. The map can also be accessed via the game pad and players can check the map at the same time whilst they’re traversing the environments on the big screen. The game pad here is providing a second pair of hands, making things easier and creating a whole new way to experience Darksiders II.

When you are playing as Death using the Wii U, all the sounds of Death – his voice and footsteps – all come from the gamepad tablet, whilst all other sounds of the NPC’s come from the screen. It’s incredibly immersive and really does feel as though you are Death on an epic quest to proove his brother’s innocence.

Metro: Last Light is the sequel to Metro 2033 and is set in post-apocalyptic Moscow which has been mostly destroyed by atomic bombs during the nuclear war of 2010. The resulting readiation forced those who were fortunate enough to survive the blast into underground metro tunnels, where most of the action is set.

On show at the EB Games Expo was a live gameplay demonstration, which provided an overview of how Metro:Last Light is shaping up in the lead up to release. Players once again step into the shoes of Artyom as he tries to survive against mutilated and irradiated animals and the harsh post-apocalyptic surface of the Earth.

During the first Metro game, the majority of the world was iced over, with a huge cloud formation enveloping the Earth. Metro:Last Light picks up as this cloud formation is breaking up and dissipating, allowing sunlight through to break up the ice. This has allowed for the inclusion of both day and night and weather cycles into Metro:Last Light, and the weather effects shown during the liveplay demo looked exceptional. Rain drops hit and pool on your mask, and lightning strikes light up the sky in impressive fashion. Clouds roll across the sky, looking every inch as threatening as post-apocalyptic storm clouds should. The weather and day-night cycles are something I’m especially looking forward to seeing, given the fact that Last Light will feature more above ground exploration.

The first person viewpoint with minimal HUD returns form the original game, and it is as immersive as it was the first time around. The fact that all the information you need is displayed in minimalistic fashion without resorting to huge HUD readouts and maps that take away from the immersion of the game is a feature I appreciate.Filters feature in the game – they are truly your lifeblod – as they are the things you need to keep breathing when you are above ground. A new mechanic introduced into the game is the handwipe – where your character wipes their hand across their mask to clear it of anything that is impacting on your sight – this could be any number of things – from rain to the blood of your enemies – and it is an acton you’ll be able to perform at any time. At one point during the gameplay demonstration, Artyom came across a pack of irradiated dogs and it was mentioned that what followed could play out in a number of ways. Artyom could attack the group, using his wide assortment of weaponry, or he could choose a more stealthy approach and bypass the group without a fight.

The weapons featured in Metro: Last Light are extremely important. They are made up of parts found as you explore the world and in Last Light there is no such thing as a gun or weapons shop where you buy weapons – all the weapons you use are made up of compoents and parts you have scavenged from the world. This is a unique deviation from most games in the genre yet it fits the game world perfectly and I am interseted to see this feature discussed in more depth as we get closer to launch.

The final addition to Metro: Last Light are new enemy bosses that you first hear before you see. It gives you, as the player, a striking sense of unease and forboding and that coupled with the bleak world around you provides for a very gloomy, immersive experience unlike other titles in the genre. After seeing Metro: Last Light in action, I can safely say it’s a title I’ll be keeping my eye on.

South Park: The Stick of Truth 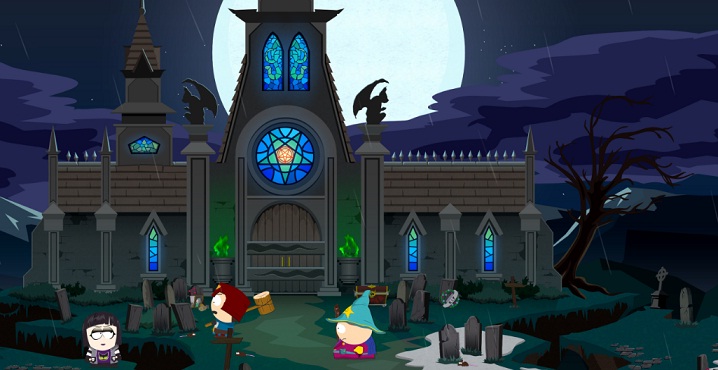 Last but by no means least, a gameplay demonstration of South Park: The Stick of Truth was featured in the THQ theatrette and there are no words for what I witnessed. I’m viewing this game with minimal background knowledge of the South Park franchise – I have seen perhaps two episodes in total of South Park (crazy, I know) so I was completely unprepared for what I was shown during the demo.

The game itself plays like an RPG, and the fights featured are turn-based. The moves you are able to perform are based on the class you choose for your character – but you will not find any of the stock-standard RPG abilities here – South Park creators Trey Parker and Matt Stone are writing the script for the game, in addition to overseeing the project and providing voices to characters – so the wit, humor and over the top attitude that South Park is known for is present and accounted for in game.

During one of the battles, a character employed one of his special abilities which amounted to lighting his own farts on fire and burning his enemies. The game features swearing, purile humor and exceptionally inappropriate jokes – and it definitely earns its mature rating. Within the 10 minute space of gameplay I saw, there were laughs aplenty and I spent the majority of my time asking myself “they can’t possibly get away with putting that in game” and then being happily shocked that not only could they get away with it, but they’d topped it by doing something even more outrageous in the following minute.

South Park: The Stick of Truth looks to be taking everything the series is known and loved for, and packaging it into a video game experience that both hardcore fans and those new to the series will enjoy. As long as they don’t mind the incredibly purile (yet witty) humor.