Getting emotion from motion?

Can the new motion control games stack up to the traditional games?

Ok, so I am one of those gadget people. Not just for games, but for life in general. Smart phone? Got one. Nook? Got one of those too. Docking stations for ALL of my systems’ controllers? Clear off the shelf, I got those. I have a change bank that counts and sorts the change as you put it in. We have a wireless printer so we don’t have to take the laptop into the other room where the printer is. I have a GPS system even though I have Google Maps on my phone. I even have a pen with a fan built in for those hot summer days in the office. 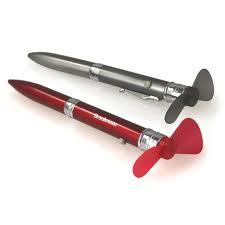 Everything you write with these is cool.

So it’s no surprise that I have a Kinect. From the first time I heard about it, I wanted one. Being able to cue up my Netflix with my voice? Every lazy person’s dream! Being able to control my car in Burnout with just a wave of my hand? Sweet! Combining both to play a game without ever actually touching a controller? I may need a cold shower.

Of course, for now, we’re not going to be playing GTA or Final Fantasy without a controller, but I’d say the possibility for that happening in the future is inevitable. If things keep going the way they are, pretty soon, controllers will go the way of the dodo.

But why? What benefit comes with losing the controller? Simple: immersion.

By issuing voice commands to your teammates instead of pausing the game to issue orders, it helps with the immersion: you ARE the squad leader, directing your allies, not some guy eating leftover pizza and drinking beer while sitting on the couch in your underwear (hey, you play games your way, I’ll play them mine). By helping break down the barrier between us the player and the game itself, it brings us further into the story, getting us more involved and more interested.

This isn’t a new thing, though. There have been games and toys that have gone for immersion before. Anyone remember Tamagotchi? Those little damned pieces of plastic that would go off in the middle of your math test and get you detention? Yeah, they acted just like a real pet, by needing feeding and attention. Constantly. 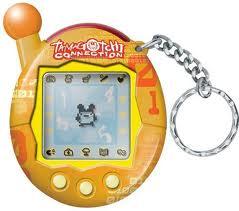 Who else hated these things after, oh, a week?

But that was just a first step down this winding road.

Now, we have the Wii, the Move, and Kinect. We’re all standing in our living rooms, looking like fools waving our arms about and jumping up and down in front of our TVs to play video games. As Kinect says, WE are the controller.

This is an awesomely cool thing to do. Not only do we get a bit of a workout while playing video games, we also get to laugh at our friends who look like idiots doing it (I happen to have some embarrassing pictures of friends on my Xbox from Kinect Adventures that are for sale…). It’s fun, it’s a good time, and hell, it’s a great way to have a good time.

But, are the motion controlled games as good as the more traditional controller based games?

We may be conditioned to think of the motion controlled games (henceforth referred to as MC games because I’m getting sick of typing it out all the time) looking cartoony and childish, thanks to the Wii. But there have been more adult-themes MC games. Rise of Nightmares, Fighters Uncaged, and Child of Eden are all great games geared towards the more mature gamer, but… are they any good?

From what I’ve heard, they’re hit or miss. I have Fighters Uncaged, and it’s decent. Child of Eden… is beautiful. Poetry in motion (see what I did there? Clever, ain’t i?). Rise of Nightmares… well, I haven’t played it, but I’m told it’s fun. But out of these three games, only Child of Eden really achieves some degree of immersion, and that’s simply by not making us feel like idiots while playing it.

Even now, the Kinect field, and even the Move field, is still limited to either exercise games, “family” games, or using the technology to enhance a traditional game (see Mass Effect, Halo Anniversary, etc).

In order for this trend to REALLY catch on (like I know anything about trends… I STILL wear flannel and torn jeans and listen to bands that are older than me) the developers are going to have to find a way to tap our emotions like the traditional games.

We have games that get us emotionally involved, whether it’s an RPG like Skyrim or Mass Effect, or more linear action games like The Force Unleashed and Assassin’s Creed, or shooters like Halo or Borderlands. We can either “become” the main character, or get invested to where we can’t wait to see what happens next in the story. Even if we have no choices in what happens to the character story-line wise, we care, on one level or another. 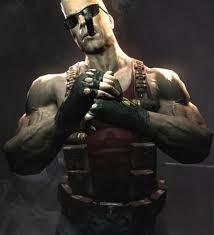 Yes Duke, we even care about you. We even now?

I haven’t heard of a MC game that can get the same experience. Maybe it’s because most people are too physically tired to really get emotionally invested, or maybe it’s because the games that we have for this wonderful new technology just haven’t reached that point yet. After all, it is still a young medium, and not too tell tested yet. I guess you could call this the Atari years of MC games (prepares for backlash… get to the bunker!).

I’m not saying that’s a bad thing, I love some of the games that are out now. They’re fun, but when I’m done playing them… I’m done with them. I can’t count the number of times I’ve put one of the Halo games, or Mortal Kombat, or one of the Lego games back in the tray after I’ve already beaten it. Why? Because they’re entertaining, and I get into the stories.

Now, I hope that this style of gaming catches on, because I see a lot of potential in it. But the developers have to give us something more than exercise or “family” entertainment to really pull us in.

That being said, anyone up for some Kinect Adventures? I need to burn off the burger I had for lunch (and I need some more blackmail pictures).